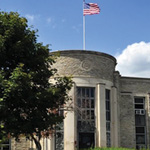 Morris Day and the Time