Year in Review: Third Time\'s a Charm for Hollywood Blockbusters 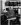 Call it the year of the three-peat. Hollywood served up the third installments of popular film series like Pirates of the Caribbean, Spiderman, Shrek, Ocean's Thirteen and Rush Hour. There were also new episodes of longer series like James Bond and Harry Potter. But it was also The Year of The Rat.

Ratatouille, that is. The only thing harder than spelling that name correctly is describing the million and one wonders the Pixar and Disney offering served up to animation devotees and film lovers in general. Following in the grand Pixar tradition of Toy Story, Ratatouille spun a sumptuous tale of a young aspiring chef and the rat that mentors him. Co-written and directed by Brad Bird, the film's mouth-watering entrees were matched by the Herculean efforts of the digital effects and animation crews. Each new marvel of digital wizardry from Pixar seems to document the state of the art of computer animation, while not forgetting the story that lies at the heart of all the visual magic.
And rather than offer the usual and completely subjective Top Ten list of the best movies, I have opted to offer my favorite movie moments of 2007, some of which took place in theatres, some at home via DVD and most recently, online.
So, in no particular order...

300: When the year's best film is digitally animated, it's worth noting the technical achievements, if not the artistic triumphs, of Zak Snyder's lush adaptation of Frank Miller's graphic novel retelling the Spartan stand at the Battle of Thermopylae. All filmed inside a blue stage in Canada, critics were mixed in their reaction to the stylized look of the film as well as the often graphic and always brutal battle scenes. Still, it topped the box office opening weekend and reaped serious coin overseas.

Inland Empire: David Lynch's latest world of surrealistic sexuality, violence and otherworldly weirdness arrived without much flourish in video stores and big box retailers, having barely seen the inside of a traditional movie theatre stateside. It premiered at Cannes in 2006 but the wait for widespread American distribution was in vain. And that seems to suit Lynch just fine. In the many DVD extras (no commentary, but there's even a cooking segment) Lynch expounds of the experience of shooting and editing digitally from conception to final distribution. The relatively low cost and technical versatility of digital video allowed the maverick filmmaker cum videographer to explore a new process that takes him to places that are at once familiar and shockingly new. Not for everyone, but a must for Lynch fans.

Donnie Darko: I meant to hold this for last, since this movie was released in the fall of 2001, although I recently rented the double deluxe DVD that was released in 2005. The director's cut is not simply a chance to add a few deleted scenes. First time Writer/Director Richard Kelly added said scenes but also included music that he couldn't afford the first time around for the theatrical release, as well as an enhanced audio track that will reward film fans with a decent home theatre sound system. The movie's alternate reality time travel plot defies simple explanation, but the well thought out metaphysics is profound if not totally congruent. A movie that rewards several viewings.

Black Snake Moan: Just because so many people seemed to hate it for the wrong reasons. A marketing campaign that featured a chained and barely clad Christina Ricci and a menacing, if balding and grey Samuel L. Jackson probably did nothing to inspire prospective ticket buyers to take it seriously. And it's not a very serious movie, but hell, it's Samuel L. Jackson. Don't listen to me. I'm one of the people who loved Snakes on a Plane. (Which should really be on this list, too, now that I'm thinking about it. But I digress...). The blues guitar, played by The Man his own bad self, is pretty smoking at times. The movie was written and directed by a white man who is married to a black woman, and he has said that he wrote a script as honest and candid about race as he could manage, never imagining that it would ever be bought, much less produced, and never with him as director.

Knocked Up and Superbad: Both from the powerhouse production line of Judd Apatow. Knocked Up, written, produced and directed by Apatow was the smash hit date movie of the summer. Having discovered a successful formula of comedies that hooked guys but which also featured full and likeable female characters and relationships with Anchorman: The Ron Burgundy Story and The Forty Year Old Virgin, Apatow delivered a side-splitting look at unmarried pregnancy. Katherine Heigel from ABC's Grey's Anatomy, and up and comer Seth Rogan made an interesting couple in spite of the fact that she's a driven network entertainment reporter while he's an unemployed stoner who lives with his pals while they launch a website dedicated to celebrity nudity.

Apatow followed up his summer smash with an autumn box-office triumph, Superbad, an R-rated high school comedy in the vein of Porky's and Risky Business. This time Rogan took a smaller adult role as a cop but this time out he also was a co-writer and co-producer of a script he began writing with his friend when he was thirteen. It's not a comedy classic for the ages, but it's a fun and silly time with some likeable characters. And many ladies found the nerdy McLovin the hottest guy in the flick.

Hot Fuzz: Co-written and starring Simon Pegg from 2004's Shaun of the Dead, this copper comedy from across the pond is as hilarious as it's zombie-comedy predecessor. Pegg is a rising star on the London police force that is suddenly dumped unceremoniously in a seemingly quiet rural English town that hardly seems to need his high-powered urban crime fighting skills and love of weaponry. As wickedly inventive as Ricky Gervais' The Office and Extras on television, Pegg is a worthy successor to the mantle of the Pythons, Peter Cook and Dudley Moore and other smart funny Brits.

Grindhouse: While it was a bit of a marathon movie going experience which seemed to drag during the second half of the double feature, any collaboration between Quentin Tarantino and Robert Rodriguez is worth taking not of. Tarantino was coming off the lengthy odyssey of shooting and editing Kill Bill Parts 1 and 2, while Rodriguez had blazed some digital landmarks of his own with the green screen processed Sin City. The Grindhouse conceit was intended to honor their love of low budget exploitation genre movies that they grew up on. Rodriguez' Planet Terror starring Rose McGowan was a zombie homage with as much due to John Carpenter as to George "Night of the Living Dead" Romero. The Tarantino feature, Deathproof, featuring Carpenter leading man Kurt Russell, seemed sluggish in the theatre, but upon a second viewing on DVD this reviewer has decided the movie seems easier to take and better paced when not seen after two and a half hours of kickass zombies and gory faux trailers. Released separately on DVD, this will be worth waiting for the deluxe edition DVD set that includes the trailers.

Pan's Labyrinth and Sky Captain and the World of Tomorrow: Guillermo del Toro's foreign fairy tale is the dark side of Disney, taking an apparent children's tale into the grim evil and tyranny of World War Two Europe, as a young girl struggles to survive the oppression of a fascist step-father while disappearing into a fantastic wonderland which is like nothing Uncle Walt ever imagined, unless it was while looking at a Hieronymus Bosch painting. Sky Captain was another groundbreaking achievement in blue screen technology. First time writer/director Kerry Conran took a totally original and meticulously detailed vision of an alternate reality of 1940's and found an independent path outside the studio system to make it happen on his terms. A romp in the grand tradition of Indiana Jones, with solid perfomances from Jude Law, Gwyneth Paltrow and Angelina Jolie.

And the year's not done yet. Still to come are Sweeny Todd, with Johnnie Depp starring in Tim Burton's take on the Sondheim Broadway smash, and AVP, Aliens Versus Predator.

So those are my favorite movie moments of 2007. I hope you had just as many and have many more in 2008