Posted In: Politics, National, Opinion,   From Issue 736   By: Matt deHeus 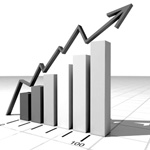 Success is best when it is shared by all.”  And it is really hard to add much to that.