Tracking the Progress of Neighborhood Stabilization in Saginaw 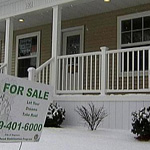 Saginaw city government is taking two main steps for neighborhood improvement. One approach involves an infusion of $17.4 million. The other strategy comes at no added cost.

If you observe the city car marked “SCENIC” and wonder what possibly would be scenic about Saginaw, that’s what the acronym represents.

“It plays an important part because at the same time we’re making investments in the city to fix up single family houses,” says Chief Inspector John Stemple.

Rob Davis, a code enforcement specialist, says a groundswell of citizen action is rewarded through the grant.

“The key to SCENIC is the number of Neighborhood Watch groups. We used to have only a handful, and now we’re up to the mid 20s, and we have a suggestion box at each one of their meetings for members to submit complaints,” Davis says.

“We’ve been on the road doing what we said we would do. The trust is growing with City Hall.”

A solid share of code enforcement is devoted to removing junk cars, trash and debris. City Hall does a consistent job of collecting fines. However, former owners of abandoned houses often walk away without paying because the properties become tax-reverted, often captured by the Saginaw County Land Bank Authority to prevent them from falling into the control of speculators.

Former Gov. Jennifer Granholm presented SCENIC with an award from the state housing authority, which had to help when Saginaw applied to the same source for a share of the big stimulus bucks.

Stemple says the city is on schedule to spend the entire $17.4 million stimulus grant within three years, with the lion’s share going for demolitions. During the first year, contractors removed more than 500 eyesores, with money from the Recovery Act and other sources.

Despite a desire for preservation, program organizers found a scant five homes worth saving in the first round of work, although Stemple says another 15 soon will go up for rehab bids. The initial quintet all are on the West Side at 525 S. Alexander, 1305 Brockway, 1659 Stanley, 705 S. Wheeler, 722 S. Wheeler

He notes that all the work to date has gone to Saginaw County-based contractors. City Hall accomplished this goal by avoiding the standard low-bid approach that often grants vehicle purchases, for example, to out-of-town companies.

“We formed a development agreement with Habitat for Humanity. They were the project managers. They invited contractors to give us proposals on how they would do the work, the same types of proposals they would provide to a regular customer,” Stemple says.

Among the renovation contractors is Bailey Construction, based in Shields. Owner Tom Bailey says his five-man crew, working with subcontractors, hadn’t built a new house in more than a year.

They adopted the property at 722 S. Wheeler and stripped everything down to the frame..

“We were down to the bare studs. Then we rewired, replumbed, laid drywall, and insulated to meet Energy Star standards. The buyer will be getting the equivalent of a new house,” Bailey says.

He pegs the cost at $116,000, which he says may have been $25,000 higher if he had not had the frame as a foundation. The appraised sale price is $58,000. Critics have asked why the city would invest twice the money as a home is worth, and for that matter, whether any property within the Saginaw city limits is worth a six-figure rehab.

“It’s not just a stabilization program, it’s an employment program providing jobs,” Stemple says.  “Even though we’re investing more than the appraised value of the homes, the homes are selling for appraised value to establish comparable sales in the neighborhoods. When you go to a bank to get a mortgage and you can’t identify comparable sales, the market really starts to dwindle. A number of Realtors have told me they are just tickled pink that we are selling for appraised value.”

“I see this as a good program for the city and that the money is well-spent,” Bailey says. “It’s not just about demolishing houses and fixing houses.”

Stemple started at City Hall in 1985 as a rehab specifications writer for the federal block grant program. He recalls that in most years, no more than $300,000 was available for demolitions. During a period about 10 years ago, the sum was closer to zero.

“In October 2009 (when MSHDA was taking stimulus applications), I told to write application to state for $25 million,” Stemple says.

“I thought it was crazy, but I followed directions, and it turns out that we received nearly $20 million.”