Posted In: Sports, Local Sports, National Sports,   From Issue 644   By: Jack B Tany 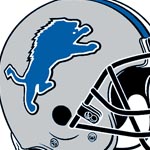 Tennis star John McEnroe, at 20 years of age, "My greatest strength is that I have no weaknesses."
*
Golfer Arnold Palmer, "Baseball may be a game of inches, as they say, but golf is a game of millimeters."
*

Former California Angels manager Gene Mauch, when asked what he though of ex-pitcher Don Drysdale as a sports announcer, "He talked very well for a guy who's had two fingers in his mouth all his life."

WNEM TV-5 broadcaster Sam Merrill recently was asked what his idea was for a perfect day. He stated: "It would be a day with a foot of snow, sub-zero cold, and a Pittsburg Steeler victory over the New England Patriots in a rematch of the 2004 AFC championship game in New England, and the final score is so lopsided that Tom Brady starts to cry. Perfection."
*
I recently met Tom Stanton, the author of "Ty and the Babe," a 300-page book ($23.95, St. Martin's Press) that is a must for all baseball purists. Stanton, who lives in New Baltimore, MI, published weekly newspapers and taught journalism at the University of Detroit Mercy before becoming an author.
*
I understand that the NBA now stands for the National Betting Association.
*
A number of former professional baseball players from the Saginaw, Bay City and Midland areas were recently honored prior to a Great Lakes Loons baseball game. It was part of the Loons' "Throw-back Night" where Loons players wore the uniform of the 1948 Saginaw Bears baseball team. Fans eventually bid on the jerseys. The Bears' uniforms actually looked better than their own uniforms. Richard Curry, a local baseball nut, did an exceptional job of contacting the players and their families on behalf of the Loons.
*
What on earth is wrong with Michael Vick? Someone in that position who doesn't need the money risks his career over dog fighting. He never did play well when the Atlanta Falcons played the Cleveland Browns with its infamous Dawg Pound. Isn't it something that Marcus Vick is now the "good" Vick?
*
The National Hockey League just announced that they would kick off the season with a game in London. It marks the first time in NHL history that the people in the stands have fewer teeth than the players.
*
I've been hearing a lot about Gary Sheffield's comments in June's GQ magazine. I read the story and then re-read it again. My feelings are that Sheffield is a talented and brutally honest Major League baseball player. His opinions are his opinions and if people don't agree with him, big deal.
*
John Shelton, the marketing guru for Zehnder's Restaurant, Zehnder's Splash Village, and The Fortress Golf Course, was a college roommate of Detroit Tiger coach Lloyd McClendon at Valparaiso University.
*

Whatever happened to Nelson Simmons?

B. Dexter Bussey, who had 5,105 yards during his career with the Detroit Lions. Billy Sims, by the way, recorded 5,106 yards - exactly one yard more than Bussey.