Through the Looking Glass

Self-Discovery, Realization, and Documentaries Broaden the Scope of the Lens at the 2013 Hells Half-Mile Film & Music Festival 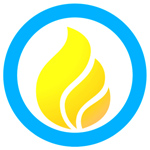