The Pros & Cons of Convening a Constitutional Convention in Michigan 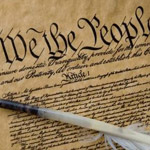 A constitution is the bedrock-authorizing document of a sovereign state. Without it the government has no legitimate grounds to operate, or even exist. With a constitution, the government is both empowered by its enabling provisions, and constrained from doing anything that is expressly prohibited or merely not authorized by it.

Proposal 10-1 was automatically placed on the November 2, 2010 ballot, and asks Michigan voters to decide whether to call a constitutional convention to revise the 1963 Michigan Constitution. The people of Michigan have adopted over four state constitutions over the years. First in 1835, when Michigan achieved statehood, then again in 1850, 1908 and most recently in 1963, after the ballot question passed in the April 1961 election by a margin of about 7,500 votes after a statewide recount.

So the question is whether to embrace change - wholesale change - or to rely on the methods already in place to make incremental change as needed in the Michigan constitution. While it is an aspiration to suppose that, after a yes vote, the people would elect competent visionaries to develop a constitution that would somehow save Michigan, the reality of what happens next, and how much it could cost taxpayers, is very sobering.

If a constitutional convention were called by a yes vote in November, then delegates would be elected in two separate elections. The elections would be partisan, with a primary election held first and then a general election to be held no later than May 3, 2011. One-hundred-forty-eight delegates would be elected, 110 from State House districts and 38 from Senate districts. Millions of taxpayers' dollars spent just to elect delegates to the convention.

Then would come the convention itself, which could last over a year and cost $30 million. The 148 delegates would have to convene in Lansing by October 4, 2011. The convention could be expected to last at least until July 2012 and would be unlimited in scope - they can propose a completely new constitution or offer specific amendments. Any proposed constitution or set of amendments approved by a majority of the delegates would go the voters within 90 days after the convention adjourned.

Therefore, the process itself would require taxpayers to pay for at least three separate statewide elections plus the cost of the convention itself. This cost to taxpayers could total over $45 million.

Tools for Change Already in Place

However, the people of Michigan already have the tools they need to amend their constitution when and where needed. The initiative process allows citizens to propose a constitutional amendment on a particular subject by submitting about half a million voter signatures.

Even the legislature can propose a specific constructional amendment with the support of 2/3 of the legislature acting jointly.  Since 1963, our current Michigan constitution has been amended 30 times; 37 proposed amendments have been rejected. Only nine of the 30 amendments were a result of petition drives; the others were referred by joint action of the legislature.

Twenty-one of the 37 proposed amendments rejected by the voters were placed on the ballot by petition. These constitutional amendments generally happen without any extra election costs (the elections are generally held on general statewide election dates), and pose no threat of a runaway convention, which could radically alter the state as we know it.

The prospect of a runaway convention explains why a Con-Con is opposed by the representatives of big labor and big business alike. The very real prospect of radical unwarranted structural change for change's sake poses a threat to business, labor, Republicans, Democrats, Libertarians, TEA party activists, and interest groups of all kind.

According to Joseph Lehman, president of the Mackinac Center for Public Policy, “The prospect of rewriting a constitution could attract some truly exceptional, public-service minded candidates, but it would probably attract even more of those who would typically run for the Legislature, along with term-limited former lawmakers. It might especially draw highly charged, single-issue candidates whose priorities could make the convention agenda read like the contents of Pandora's Box.”

In fact, the Michigan constitution is flawed in some respects, but our state's problems are not due to the institutional arrangements and structures that the constitution establishes - blame is the combined effect of an entrenched political class comprised of careerist politicians, whose careers are preserved by serving the establishment rather than the people, and the self perpetuating domination of the political system by government employee unions, like the MEA and SEIU in particular, and also by politically powerful "rent-seeking" corporations.

In addition to feeding and protecting those government employee unions and big business, the political classes enhance their future job prospects by expanding politicized regulatory schemes, which they use to actually stifle competition and innovation. These environmental, occupational and other regulations cover everything under the sun, and expand the size, scope and largesse of the "economic development" corporate welfare empire at every level and in every corner.

According to Jack McHugh of the Mackinac Center, all those regulations, permits, licenses, tax breaks, fees, and subsidies translate into hundreds of additional boards, commissions, authorities, with literally thousands of decision-making positions, all having the power to grant favors, create or destroy particular enterprises and more. Naturally all those decision-makers enjoy power, influence, perks, privileges and freedom from accountability that they could never obtain in the private sector.

“None of these problems has much, if anything to do with the state constitution, or can be fixed by it,” says McHugh. “The desire to rearrange the institutional furniture is a cry of frustration, not a plausible means of fixing the underlying problems. Worse yet, the same careerist