Is It Wise to Mix Church with State? 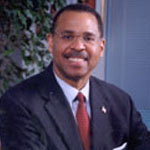 As was certainly true with the 2004 Presidential election, all the eyes of serious political pundits are focused upon the State of Ohio once again this year.

Why?  Because if democracy is an on-going work in progress, this year's mid-term elections will truly test the power of the Christian coalition that has embedded itself so deeply within the Republican Party.

In 2004 a coalition of conservative Christian organizations campaigned statewide in Ohio for a constitutional amendment to ban gay marriage, enlisting hundreds of pastors and collecting 500,000 signatures.

Known as 'Issue One', this ballot initiative passed with 63 percent of the vote, leading many to conclude that this move to bring out 'values voters' won the state of Ohio for President Bush.

J. Kenneth Blackwell is presently Ohio's Secretary of State and is now the Republican nominee for Governor. His role in overseeing the election procedures in Ohio during the 2004 election caused a controversy, especially when it was proven he disenfranchised thousands of voters.

Blackwell is an intriguing figure in contemporary American politics. He is a six-foot-four African American and thoroughly conservative. As reported in a recent issue of The New Yorker, he's a "supply-sider who for years has advocated a flat tax and a constitutional amendment on state spending. His views on abortion, gay marriage, school vouchers, and stem-cell research coincide with those of the religious right, and his position on concealed weapons with that of the N.R.A."

When he addresses audiences of 'color', he speaks of the importance of 'asset building' as a way out of poverty.  He speaks of "social, cultural & political forces trying to run God, faith, and religion out of the public square." The National Review calls him a "post-racial, post-civil rights campaigner.' In the past he has talked about becoming the first black President of the United States.

In the primary, Blackwell beat Ohio's attorney general, Jim Petro, with 56 percent of the vote and his victory has shaken the traditionally moderate Ohio Republican establishment.

According to respected journalist Frances Fitzgerald   (author of Fire In the Lake, perhaps the most definitive chronicle of the Vietnam War that I have ever read, and the journalist who's recent investigation into Ohio provided much of the research contained in this piece) the 'road to the White House in '08 runs through Ohio in '06'.

Since 1900, Ohio has voted for the winner in 25 of the 27 Presidential elections. In 2004, both the Bush and Kerry campaigns viewed Ohio as the key swing state, and they made that race the most expensive in Ohio's history.

In a state with a population of eleven and a half million, nearly three-quarters of a million new voters were added to the rolls, and 72 percent of all registered Ohioans voted. Bush won by 180,000 votes - two percentage points. Republicans have held the governorship for 14 years and in 2004 they controlled all statewide offices and large majorities in the legislature.

Blackwell's opponent, Ted Strickland, is a five-term congressman from a district that includes a swath of Appalachia.

The Ohio election in 2004 was marred by numerous irregularities and to this day the question of whether Blackwell conducted himself properly, impartially, and within the parameters of the law remains in dispute. Democrats and voting rights advocates maintain that he deliberately suppressed the vote of Democrats and minorities. Dozens of lawsuits and official complaints were filed.

Representative John Conyers, Jr. of Michigan and the House Judiciary Committee launched an investigation into the 2004 Ohio election and received more than 50,000 complaints from Ohioans.

A month before the registration deadline, Blackwell directed the County Boards of Elections to reject all voter registration forms not printed on 80 pound stock paper. Three weeks later he rescinded the order because even his own office didn't have paper that heavy, but meanwhile, many voters who tried to register could not. Blackwell also ruled that provisional ballots had to be cast in the right precinct as opposed to simply the right county. Thousands of provisional ballots were invalidated as a result, painting a portrait of discrimination against low-income voters who tend to move more frequently and therefore were more likely to show up at the wrong precinct.

On Election Day, voters in traditionally Democratic areas encountered many obstacles, the most serious including purging names from voter rolls and a scarcity of voting machines. In suburban & rural areas there were plenty of machines, but in urban precincts and other Democratic-leaning precincts such a college campuses, people had to stand in line for as long as 10 hours to vote. Many just gave up.

After the election, more irregularities were discovered, including spoiled ballots, voting-machine errors, invalidated provisional ballots, and biased sample recounts.  Former President Bill Clinton has commented recently on the 2004 election in Ohio, lamenting the transgressions that occurred and Republican leadership roles that have blocked effective resolution of the issue.

Now, Blackwell has sparked fresh controversy by interpreting a new election law with rules on voter registration so restrictive they could halt most registration drives in Ohio.

A coalition of six civic groups is suing on the ground the law will disenfranchise poor & minority voters, and Democrats are protesting that Blackwell should not be overseeing his own election for Governor as acting Secretary of State.
*
In 2004 there were similar 'gay marriage' amendments on the ballot in 11 states. Many Democrats suspected that Karl Rove had helped orchestrate them.

Russell Johnson is a Christian minister in Ohio who created the Ohio Restoration Project. Its goal is to enlist 2,000 pastors to commit themselves to registering 300,000 new voters by the end of 2006.

However, many mainstream Ohio clergy members have long worried about the growing political influence of the Christian right and Johnson's campaign has moved them to action.

On January 15th of this year, 28 Protestant ministers and three rabbis filed a complaint with the IRS charging Johnson's church and their tax-exempt affiliates with engaging in a "continuing pattern of political campaign activity" and promoting "one particular political party and one specific candidate."

Eric Williiams, a United Church of Christ minister and the spokesman for the group of ministers filing the complaint against Johnson explained to Fitzgerald, "I have no problem with pastors speaking out about religious values or political issues, but what I'm afraid of is that they'll legislate their values and make my brand of faith and the people in my congregation illegitimate."

A month after the complaint was filed with the IRS, eighty-two churches  & charities were investigated and the IRS had found merit in more than half of those cases.
Indeed, in the past four election cycles, the Republicans have outspent the Democrats six to one, and in 2001 they redistricted and reapportioned the state with acute precision.

Blackwell raised more than six million dollars from January 2005, through the end of the last reporting period. In June he received more individual donations in amounts of two hundred dollars or less than all the other gubernatorial candidates in Ohio combined.

He has also come out for a law banning all abortions, without exception for the life of the mother and advocated spending restrictions to Draconian they would cripple the ability of the government to provide essential services.

Ohio will serve as a significant test come November. Bush is as unpopular in Ohio as he is nationally, so it should be a year for strong Democratic gains. Increasing numbers of liberal clergy are joining up to contest the right on social issues, and in a recent poll only 1/3 of Ohio voters think Republicans should continue in office.

Thomas Jefferson once lamented the "loathsome combination of church and state"; and our founding fathers wisely structured into the Constitution a fundamental notion that the two entities should be separated; not in order to deny anybody the freedom to practice the religion of their choice, but to assure that tyranny did not result from uniting such powerful forces together.

Apart from the obvious concerns raised by massive religious fundraising efforts by entities that are not taxed because of this very separation - the fact they are able to infuse such large amounts of capital into campaigns that shape the very face of our country should be of grave concern to all of us.