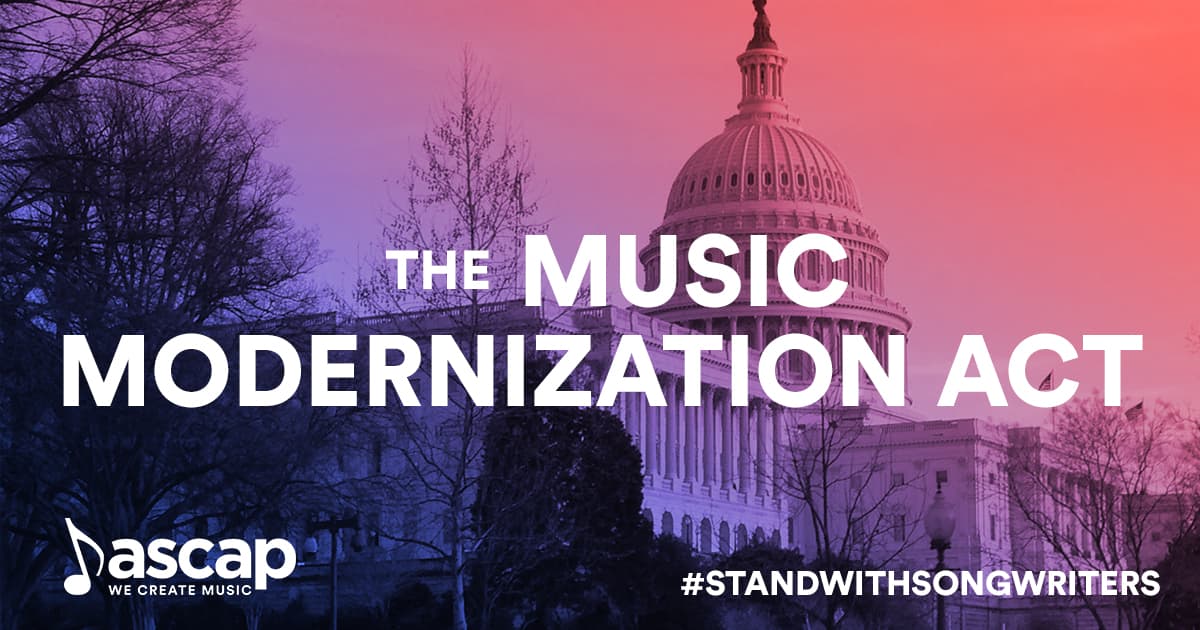 A coalition of the most influential music industry trade associations have banded together in support of each other's proposals to revise and reform copyright legislation. Congress has been debating music copyright reform for about the last five years, but there's been little traction on actually turning annually filed legislation into law.

A House bill filed last month to overhaul how digital mechanical royalties are collected and distributed seems to have a legitimate chance at passage. The Music Modernization Act has the support of the major streaming companies, which have been sued for illegally using songs without permission. The streaming companies would lose the legal liability that has created those expensive lawsuits if the legislation passes. Seeing songwriters and publishers come together with streaming companies to support legislation is key for Congress, which is wary of taking up consideration of bills with steep opposition.

Within the last few weeks, virtually every major trade association announced their support for a slate of bills that is likely to represent the music copyright reform package that Congressional leaders have pushed for.

In addition to the Music Modernization Act, the coalition backed the Classics Act, which would pay artists and labels for songs recorded before 1972 when their music is played on internet and satellite radio; and the AMP Act, which codifies record producers' and engineers' right to digital royalties.  Yes, you read that correctly, music recorded before 1972 currently falls into a loophole that allows it to be  streamed royalty free, with no residual benefits to the writers or performers.

“2018 is the year for Congress to enact many long-studied proposals that will make our country’s music licensing system fairer for artists, songwriters and their label and publisher partners," RIAA president Mitch Glazier said. "A unified music community is essential if we are to take advantage of this once-in-a-generation opportunity.

"We encourage the Judiciary Committees to begin advancing these common-sense provisions that modernize the music licensing system, and provide fair, market-based compensation to all music creators for their property and work.”

The coalition also supports a free-market standard for setting the royalty rates that artists and labels are paid.

But the list of bills and issues drawing consensus notably excludes performance royalties for artists and labels when their songs are played on radio. Broadcasters have intensely opposed that proposal and including it in the list of agreed-upon bills could doom broader reform.

"For years, our creator membership has sought a holistic approach to update music licensing," Recording Academy CEO Neil Portnow said. "Artists, songwriters, producers and engineers have each advocated for their fellow creators because we’re all in this together.

"Today, our industry unites in the same manner to support a comprehensive slate of legislative issues that will improve the environment for music makers, music services, and music fans."

You can learn more about the Music Modernization Act at the RIAA Website.  https://www.riaa.com/licensing-reform-legislation-wins-unified-support-key-music-leaders/