The Case for Establishing a UNIVERSAL BASIC INCOME Guarantee 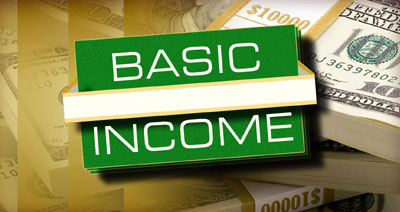 Back in the mid-1970s, the Canadian province of Manitoba ran an unusual experiment: it decided to simply hand out money to some of its citizens with the ostensible goal of monitoring what happened. Did people stop working? Did poor people spend foolishly and stay in poverty? What was the overall impact on the social fabric?

This project was labeled as ‘Minicome’ and in the town of Dauphin, for example, checks were sent to thousands of residents every month in order to guarantee that all of them received a basic income. But after a conservative government ended the project in 1979, Minicome was buried until decades later when Evelyn Forget, an economist at the University of Manitoba, dug up the numbers.  What the numbers showed was that life in Dauphin improved markedly. Hospitalization rates fell, more teenagers stayed in school, and the impact on work rates was such that they barely dropped at all.

Minicome was a prototype of an idea that came to the fore in the 1960s and is now resurfacing in popularity among economists and policy makers in the form of a basic income guarantee. There are numerous versions of this idea, but the most interesting is what’s called a Universal Basic Income (UIB).

In the June 20th edition of The New Yorker, journalist James Surowiecki paints a compelling argument for bringing this concept to the forefront of our national political debate in this Presidential election year; and it is an idea whose time has come for many reasons.

What this means is that every year each adult citizen in the U.S. would receive a stipend – ten thousand dollars is a number often mentioned; and children would receive a smaller allowance. But especially in today’s disenfranchised and sharply divided political climate, what is most interesting about the surfacing of the UBI is that it has historically garnered support from both the left and the right. Martin Luther King embraced the idea in many of his political writings; and so did the right-wing economist Milton Friedman.

Indeed, the Nixon Administration even tried to get a basic-income guarantee through Congress; and in today’s current climate, the UBI is seen as a means to end poverty, combat rising economic inequality, and liberate workers from the burden of crappy jobs at sub-par wages. For proponents on the right, it seems like a simpler and more libertarian alternative to the numerous anti-poverty and social-welfare programs that we currently have in place that continually expand each year.

There are also numerous signs that the UBI is an idea whose time has come. Switzerland held a referendum on a basic income last month (though it lost badly); and Finland is going to run a UBI experiment next year.  Y-Combinator, a Silicon Valley incubator firm, is sponsoring a similar test in Oakland, and all of this is happening for a clearly defined reason: in the United States especially, new interest in the UBI is driven partly by anxiety over how automation is affecting and displacing more and more workers each year.

Moreover, the appeal of a basic income – a kind of Social Security for everyone – is easy to understand. It’s easy to administer; it avoids the paternalism of social welfare programs that tell people what they can and cannot buy with the money they are given; and, if it’s truly universal, it could help destigmatize government assistance because universal programs not only build social solidarity, but become politically easier to defend.

While the UBI is often framed as a tool for fighting poverty, in actuality it would also provide an income cushion and make it easier for people to take risks with their job choices, empowering them to invest in themselves through education or starting up their own small business. In the 1970s there were small-scale experiments with basic-income guarantees in the United States; and they showed that young people with a basic income were more likely to stay in school.

Critics of the UBI argue that handing people cash, instead of targeted aid like food stamps, means that much of the money will be wasted, and that a basic income will remove incentives to work, lowering the GDP and giving us a nation of lazy, demoralized people.  But the numerous examples of the many direct-cash-grant programs in the developing world suggest that the poor do not waste grants. And in Manitoba, working hours for men dropped by just one percent.

Given the state of American politics where trillions of dollars have been and continue to be wasted on subsidies to defense contractors, pharmaceutical companies, the banking industry, and offshore tax loopholes, not to mention the financial & human tragedy of the War on Drugs, the UBI should be viewed as a significant tool for helping ameliorate many of these problems.

All popular social programs seem utopian at first. Until the 1920s no state in the union offered any kind of old-age pension; by 1935 we had Social Security, and when it was first proposed by Kennedy & Johnson, health care for seniors was attacked as unworkable and socialist, whereas now Republican legislatures such as that in Michigan keep expanding the program rather than restricting it.

If the UBI comes to be seen as a kind of insurance against a radically changing job market and an instrument to provide a basic safety-net that in turn will ultimately funnel more dollars, spendable income, and viable job opportunities back into the economy, rather than a simple handout – the political viability of it will become huge and serve as a viable vehicle to address many troubling components of our society.