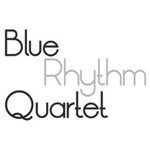 For those with a passion for the tightly woven tapestries and elastic complexity of emotion that the idiom of Jazz music is capable of delivering through the hands of accomplished musicians, January is guaranteed to heat up considerably when The Blue Rhythm Quartet takes to the stage at the Grace A. Dow Memorial Library Auditorium on Saturday, January 22nd, for an encore presentation of unmistakably distinct musical creativity.

With a core group consisting of Michael Brush on acoustic grand piano, Jim Fulkerson on drums, and Jeff Hall on saxophone, for their 2011 performance the Blue Rhythm Quartet will be joined by Terry Newman on stand-up bass, along with respected percussionist Eddy Garcia.

Last year the group put together an inaugural performance with the equally accomplished Bryan Rombalski & Three Worlds that literally filled the house; and for 2011 the BRQ will be joined by the legendary Paul Vanston Trio, whom also hail from the Great Lakes Bay Area and have enjoyed national respect for decades.

The relationship between the musicians comprising The Blue Rhythm Quartet dates back decades, as both Brush & Hall performed together under the direction of the late Dr. Charles Brown in the SVSU Jazz Ensemble; while Fulkerson and Brush once were a staple feature in clubs back in the '80s as members of The Mike Brush Quartet and later Brush, Fulkerson, Lopez.

Apart from last year's inaugural performance, it had been a good decade since these individually respected jazz powerhouses performed together, so the excitement runs high – not only between the artists in terms of what new scales they can achieve given the legacy behind them; but because it's rare to have this music presented in a full concert setting.

The groups origins go back thirty years when the late great Joe Freyre put together a groundbreaking jazz combo called Old Man & the Sea. Joe was like the Art Blakely of Flint, giving young musicians their start; and Jeff played with a group called Method at the time.

"It's exciting for me to play with Jim and Mike again," states Jeff, "because I don't perform with them often enough; plus it's fun to play with new guys outside the university. As with a lot of talent in a bad economy, too often the really good players tend to move out of town, because it's hard to make it cost effective and feasible. So yeah, this is very exciting to me."

As for what audiences can expect for this 2011 performance, according to Fulkerson the group "will be swinging hard as usual, but will have a set list of mostly new material."

"I'm pleased to say that we will be performing more original songs along with favorites from the jazz lexicon," adds Mike. "It also looks like I'll be doing Billy Joel's New York State of Mind. Bassist Terry Newman will bring his own musical style and personal ambiance to the proceedings, so it looks like a good time from here."

As for the core band chemistry between Fulkerson, Brush, and Hall, the inclusion of Terry Newman on bass, along with Eddy Garcia on percussion, promises to add further dimensions of coloration.

"Anytime you change a member there will be a musical difference, but Terry also plays an acoustic bass in the same style as Nick (Calandro), so I don't anticipate a huge difference," responds Mike when asked about shifts with the internal chemistry.

"It was a challenge and a joy to play with Jim, Jeff, Nick and Eddy last year, and these elements combined encouraged us to do it again, especially with the enthusiastic response to our performance last year," explains Brush.

Last year's show was also recorded and the quartet plans to do so again this year, with sales of CD's at both shows. In terms of evolution, Jim notes how "We have always played with a heavy focus on melody and song structure, with a good feel, so that focus will remain consistent, and I don't see that changing apart from improving over time."
The musical strengths of the Blue Rhythm Quartet are numerous and plentiful, but what do Mike and Jim feel each musician brings to the collective mix of sound embodied by the Quartet?

"The biggest musical strength we have is experience," reflects Jim. "We all listen to each other very well and try to make each other sound better. Jeff Hall is a great soloist on sax and owns a phenomenal ear. Mike Brush is simply a great piano player with an exceptional feel and also a very good writer. I try to lay down a solid groove with a great feel, with the bass player at my side."

Recently retired from the Saginaw Arts & Science Academy, Brush notes, "with retirement I have really been enjoying playing the piano. I am happily working on my jazz chops during Happy Hour at Jake's Wednesday through Friday and with Brush Street monthly at Spencer's."

"I've also been having great fun playing some 'Old School' piano with Tom Dolson, Duane Miller and Ron Tucker under the name The Fabulous Retreads at Spencer's. And Julie Mulady and I have been preparing something a little different for us, too; touching on some country tunes and material that is presented in a duet format – kind of 'unplugged'

"This is a dynamic group of musicians, both artistically and personally, all of whom have proven themselves time and again. I feel privileged to share the stage with them. There is an upbeat climate about putting this together, possibly due to the fact that we rarely perform together, respect each other, and feed confident enough to go for it."

The Blue Rhythm Quartet with special guest The Paul Vanston Trio will be performing on Saturday, January 22nd, at the Grace A. Dow Memorial Library in Midland. Tickets are $12.00 adults; $6.00 students; and $25.00 family rate and may be purchased at Fulkerson Music Studio, 989-631-0724 or by emailing Jim@FulkersonMusicStudio.com, or one hour before the show at the auditorium. The performances begin at 7:00 PM.