New 'Voice' of the Spirit Committed to Excellence 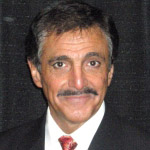 As the new Vice-President of Communications for the Saginaw Spirit, Terry Ficorelli is a name you will be seeing and hearing a lot about in the Saginaw Valley.

Born and raised in Detroit, Ficorelli played in all of the Detroit Jr. Hockey programs growing up, as well as serving on the freshman team at Michigan State University, where he earned a B.A. in Television & Radio.

He recalls the initial appeal that hockey carried for him when as a youngster his father took him to his first Detroit Red Wings game at the old Olympia stadium.

"I thought it was the most exciting thing I'd seen in my life and Olympia seemed to become my second home. Gordie Howe is still my all-time favorite player."

Terry grew up listening to Red Wings broadcasters Budd Lynch and Bruce Martyn on radio and Danny Gallivan of the Montreal Canadians and Bill and Foster Hewitt of the Toronto Maple Leafs.

At age 17 Terry started broadcasting as a freshman at MSU covering Spartans' games and at 18 started doing pro hockey broadcasting for the IHL Kalamazoo Wings, coming to Saginaw often as the visiting broadcaster when the Wings tangled with the legendary Saginaw Gears.

After spending eleven years in Kalamazoo Terry moved to the AHL with the Red Wings' top affiliate, the Adirondack Red Rings. From there he moved around with various AHL and IHL teams and spent over 12 years with the UHL/IHL Muskegon Fury before arriving on the Saginaw scene with the Spirit in mid-December, 2007.

The Mojo works well for Terry, who's broadcast for 8-Championship teams and was named  'Best Sports Announcer in Cincinnati three times and UHL Broadcaster of the Year.  This year he will begin the season at 3,101 consecutive hockey broadcasts.

Review:  What are some of the key goals you'd like to see the Saginaw Spirit achieve overall this season as an organization?

Ficorelli:  With each passing season it is important as an organization to be better and show improvement in every aspect, facet, and department of the organization. This is tantamount to continued success and long-term success.

We are here as a community project and to be an integral, instrumental part of this great community in which we live. On the ice we are always looking to achieve positive strides toward the building of an overall championship. For this to happen, it takes a great team on the ice and a great team off the ice - everyone pulling together for the common good and cause.

Review:  What do you feel are the key components that distinguish the Spirit from other hockey organizations?

Ficorelli: Our people. The Spirit is first class in every way and they do it with first class people in every sense of the word. The true testament of a consummate, first class organization starts at the top with leadership. We have the best in the business in team owner Dick Garber and President/Managing Partner Craig Goslin. We would not be here without them. Both Dick & Craig truly care about the community in which they live and the people with whom they work. They were born & raised here and their love of this community and the Spirit project shows through brilliantly in everything they do. In turn, they have surrounded themselves with a staff that shares their love, energy & commitment to the community. The staff is also first class in every way and a model to be emulated.

Review: What do you feel distinguishes this league from the pro major league organizations?

Ficorelli: The OHL is a major part of the CHL and the premier league in all of hockey except for the NHL.

In this league lives the NHL stars of tomorrow, which is why our marketing slogan this season is 'Here TodayŠNHL Tomorrow!'

In our league are the best 16-20 year old hockey players in the world with many of them destined for a star-studded career in the NHL.

In fact three of the Spirit players were selected in the NHL Entry Draft this past June. The top 4 players in the same draft came from our league as well as 8 of the top 10 and 81 of the first 100-players selected.

Review: What do you feel is the most challenging component about putting a high caliber team like the Spirit together?

Ficorelli: The organization is mandated to draft well through the OHL's annual drafts; the OHL Primary Selection Draft and the Import Draft. The Spirit must draft well and then nurture and develop the players selected into not only a cohesive, winning team but also prepare them for the opportunity to play in the NHL - for most players, the realization of their dream.

Patience is paramount in this gradual process as these young players experience the growing pains of maturation and total growth as hockey players and individuals.

Review: What do you feel is the biggest misperception people have about hockey filling a role as great family entertainment?

Ficorelli: Perhaps it might be the perception that is sometimes projected by the media of fighting and overall violence. Perhaps we all need to do a better job in educating the populace of this great game and sport.

It is a beautiful game full of skill, finesse, speed and style by some of the finest-conditioned athletes in the whole world. In addition, there seems to be this sentiment that the game itself does not translate as well as it should on television, which always acts as a supreme marketing tool for sports.

At the same time, hockey, without question, is the best spectator sport to watch in the world. To watch it in person is to enjoy and appreciate it as one of the most exciting experiences in the world and in one's life. That's how I became so immersed in it to this day.

Review: Aptly stated. Any other thoughts or comments on topics I may not have touched upon?

Ficorelli: The Saginaw Spirit mission statement represents the total embodiment and essence of a great organization: 'Providing mid-Michigan with world-class sports entertainment to ensure it is a better place to live, work and play. Partnering with the community to develop young athletes into successful people. Committed to excellence."