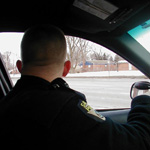 A 6-3 majority on the Saginaw City Charter Review Commission is proposing a major merger of operations, including Public Safety.

City Manager Darnell Earley strongly opposes the plan, slated to go before voters in May.

But a study commissioned by Earley himself, with the City Council's support, takes a small step in that direction.

The International City/County Management Association, known as ICMA, says the Fire Department should use its "relatively large amount of non-committed staff time" to assist the Police Department.

ICMA is a staunch defender of Saginaw's so-called "council-manager" form of government with a full-time professional manager, which Earley and most City Hall insiders want to preserve. The Charter Commission is advocating an elected mayor with administrative authority and a district system of bridge-wards extending across the city to elect a truly representative council.

Despite its connection with the city's leadership establishment, ICMA has suggested a series of changes in how Saginaw provides public safety. These proposals are tiny baby steps in contrast to the Charter group's plan, but they are changes nonetheless.

"Reviewing all services is a part of good management that we would have undertaken regardless (of the charter group's existence)," Earley said, "but you cannot mandate these changes. The Charter Commission has gone way too far."

Allan and Greg Schmid comprise the father-son team that persuaded voters in November 2004 to establish the Charter review group. They have responded that Public Safety and overall city government require a major phased-in overhaul, not just gradual changes.

They add that Earley's tacit endorsement of the Charter Commission approach to public safety consolidation is proof of the adage that "when the people lead, the politicians will follow."

"Charter Commission members are all just private sector citizens elected by other citizens to say what the citizens expect out of their government," explains Greg Schmid. "Citizens want fundamental change from a city that tried for so long to be everything to everyone and is now too broke to be much of anything to anyone."

"We need to fix Saginaw, and so we can't care what the insider politicians think of our work. They are the architects of our current failures, and change threatens them."

As to criticisms from Earley, Schmid remarked, "Darnell Earley is interested in Darnell Early. He is afraid of losing his authority as the unelected Czar of Saginaw."

In addition to the firefighter proposal, ICMA reported that the city response time for both police calls and fires is slower than national norms. The consultants also cited flaws in assembling crime report statistics that are needed as a basis for policy decisions.

City leaders say a private source, which they mysteriously refused to disclose, paid the $28,000 study cost.

ICMA data indicates a firefighter on a 24-hour shift spends less than an hour actually fighting fires, and less than two hours responding to overall service calls. These numbers vary day to day, of course. Firefighters were far busier during the post-Halloween arson spree, for example, but had few calls during the recent cold snap.

The Charter Commission would merge not only police and fire, but also rescue, homeland security, inspections, zoning, environmental and public health services. ICMA stops short of combining even just police and fire, asserting that similar moves in communities such as Kalamazoo have required "years of hard work to accomplish (with) significant leadership challenges."

"This is not the time," he said. "We have to spend what resources we have on fixing our current structure, not trying to shoehorn another entirely different structure into Saginaw's police and fire operations. That would take a number of years to show dividends."

Instead, the far smaller initial steps that the consultants suggest would train firefighters to:  1) Handle "certain types" of routine calls, either over the phone or by citizens going to one of the four fire stations to file a report.  2) Computerize data on patrol activities that are not handled by Central Dispatch, in order to "track, summarize and provide reports on the effectiveness of crime suppression actions." 3) Convert the fire stations (Central, Hess, Fordney Park, State Street) into "neighborhood mini-precincts" to fight crime through citizen action and other community resources.

Earley said he supports the ideas and plans to pursue them.

Leonard Matarese of Buffalo, an ICMA senior consultant, said he advocates public safety mergers. He says Michigan is the nation's leader in combining departments, starting with Grosse Pointe Shores nearly a century ago.
Still, he insists that steps are gradual.

"You have to solve the base issues first, and Saginaw does not yet have a good grip on those base issues. Those are the issues we have addressed in our report," he said.

The firefighters' labor contract expired at the end of June 2006. Maurice Patterson, president of Saginaw Firefighters Local 102, said any proposed changes in duties are subject to bargaining.

"There were a lot of issues on the table already," said Patterson, whose union in recent years has pursued minimum manpower provisions in the face of widespread cutbacks..

In the meantime, Patterson is riled by the ICMA charts that depict firefighters responding to blazes for less than one hour per day on average.

"If you watch TV and see the news anchors for only a half-hour, does that mean that they're only working for a half-hour?" he asked. "The people who did that report didn't take into account everything else that we do - the prep time, the studying, the research. It was all pretty ridiculous. We're fighting fires virtually every single day, and that makes for a very busy Fire Department."

Saginaw has 63 firefighters, down from 133 seven years ago before cutbacks started.

Matarese said the ICMA authors did not intend to criticize firefighters. "We realize they are doing other things when they are not fighting fires," he explained. "Our point is that those other duties are interruptible, duties in which a firefighter could stop for a moment to take a police report from a citizen."

He added that a city proposal to the union could stand as "optional" for individual members. A firefighter who accepted the additional duties could receive incentive pay, while a co-worker in the same station could opt out.

"Far more people die in their homes from heart attacks than from house fires," Matarese noted.

Getting the facts together

ICMA was sharply critical of data collection, especially in the Police Department.

This statement takes added significance because crime-fighting "resource allocation" in the city is receiving a boost in three different ways:

1) The city hired five new officers to boost the count to 97, and now is filling three vacancies that have occurred since then. Earley has said the count would have dropped to 66 without last May's voter approval of a 6-mill tax for five years. Still, the number is far less than the 154 deployed seven years ago.

2) State Police have made a major two-year pledge to add patrols and even bring in a helicopter on occasion. City police last deployed their own helicopter during the late 1970s.

3) Members of the Saginaw Police Officers Association have narrowly given preliminary approval for a switch to 12-hour shifts, which will give them more time on the streets.

ICMA asserts in their report that Saginaw County "made a major investment" in Central Dispatch, but "has failed to acquire software capable of producing the kinds of reports necessary for Saginaw City officials to understand law enforcement workload within the city."

The consultants did not delve into the background: City police formerly operated their own dispatch in the basement at City Hall.

A former councilman, the late John Dankert, was a sheriff's deputy at the time. Nearly two decades ago, he vigorously protested the countywide switchover and warned of negative consequences.

Central Dispatch Director Tom McIntyre said that despite the wording of the ICMA report, the county has the necessary data and the duty to improve software is on City Hall's shoulders.

Earley agreed.  "We are reviewing this whole issue with Central Dispatch, and we believe we are already in the process of making some changes toward reconciling the matter."

The city has identified some of the things that we need to do," Earley said.

Not Taking the Blame

In a related matter, McIntyre said city police - not Central Dispatch - are responsible for response time given to various 911 calls for service.

Two residents during recent months have complained at council meetings regarding response time. Mayor Carol Cottrell has told them that their concerns are beyond the city's control, because the county dictates the dispatches.

"That's not accurate," McIntyre said. "It's the responsibility of the local department's command staff to monitor calls and make the decisions for assigning cars. It's not the dispatcher's job to say a city police car should go here, or another car should go there. The key is to work through the shift lieutenants and shift sergeants who are on duty."

In response, Cottrell said she believes her responses to public complaints about response time are on the mark.

"I don't see that Tom McIntyre and I disagree," she said. "I believe that we are both correct.  The city does not take 911 calls, Central Dispatch does. The city assigns them after we are made aware by Central Dispatch."

ICMA reported that the main problem in police response time is a wide variance.

For example, the beginning of response for the most serious "Priority 1" emergencies is less than one minute for more than half of the calls. But for 10 percent of the calls, police take more than 15 minutes before they begin heading to the scene.

Police often blame slow response on lack of manpower. The consultants said they accept the explanation in some cases, but not in all.

"Patrol workload data analyzed by the study team cannot explain the root cause of the problem," ICMA reported.