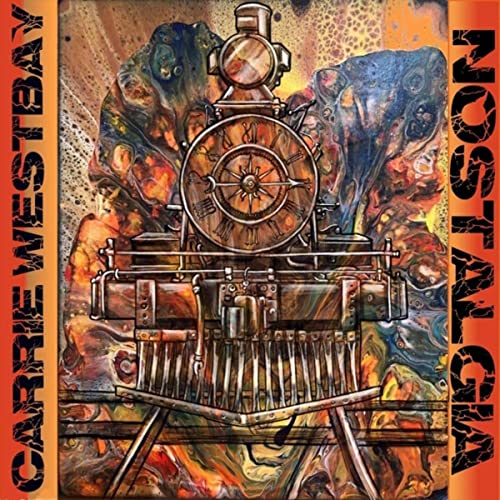 2021 represented a resurgence of sorts in music, with many of our local favorites offering up new audio, video and live entertainment options.

Just in time for the Holidays, the Family Tradition Band offers up its inaugural EP, Old Country Songs.  The band has been wowing fans around Michigan for a while now and many will already be familiar with the single and video for Whiskey Shakedown.

Speaking of “wow,” multi-time REVIEW Music Awards winner Carrie Westbay released her first album, Nostalgia.  It’s filled with the kind of roadhouse ready melodies that have made her a crowd favorite in both her live performances and with her growing online fan base. Here's a track called All Our Days, from that release.

MIZNXN is a new artist whose album 1220 is one corner of a budding arts and entertainment juggernaut that includes multi-media and live performance.  She took piano & vocal lessons from Stephanie Noel Howland and learned her lessons well. Engaging and interesting, to say the least. Check her out!

The Legal Matters returned with their third full length LP, aptly titled Chapter 3.  It offers up the compelling combination of spectacular sonics and solid songwriting.  Many who follow the band have called it their favorite work so far.

One of the more interesting efforts this year has been the Flatlander Sessions, in which a roving rotation of artists have recorded and released a range of compelling tracks to Youtube.  The Blade is an example of the output of this group.

The Mercurials have also had an active year, performing their originals and putting out video / recorded work like the emphatic Goin’ Down.

Country rockers Billy Gunther & The Midwest Riders released their self-titled album.  The solid mix of guitar based country would sit well with those who long for the career primes of Brad Paisley and Keith Urban.

Guitar whiz Josh Story has always  been one of the coolest kids on the block.  His EP Tenth & Van Buren solidifies this with a short set of rocking tracks.

If you like classic rock, but are looking for something new, try Hiding Salem.  “… And So It Goes” is a satisfying collection of songs that will take you back to trippier times.

Regional jam band legend Aaron Johnson released a set of original works under the moniker Odd Shaped Puzzle.  The “song-smithing” people have come to expect from Aaron in his acoustic shows is on full display here with an augmented cast and studio production.  Nice.

One might argue whether or not he is “new” to the scene, but Elliott Miller has begun to build his recorded legacy with the very impressive debut EP, “The Words Inside Your Head.”  They sound pretty good put to music, actually.

Award winning Hip Hop & Rap artist and producer Shawn “ASTRAY” Grossman has been keeping a relatively low profile over the past couple years, but just opened up a major creative artery with the release of his new heartfelt  single Fallen Friends - a highly emotional ode to a number of people close to him who have met an untimely demise over the expanse of the last year or so.

Because these deaths are not related to the current pandemic and with the attention being solely focused on that crisis, Astray felt compelled to create this tribute out of concern that his fallen friends stories get lost.

You can check out the single and video by clicking this link:
https://www.youtube.com/watch?v=jGYqqqPRHxI

“Over the last two years, but mainly over the past year, I’ve had lots of friends pass away and felt like with the closure of the funeral parlors and homes, I needed to create a memorial to these people in the form of a song & video,” he explains. “All of these individuals carried a big impact on my life and a couple of them were my best friends, so I know they would have wanted me to make something musically for them.”

“Only one of these deaths was COVID related and unfortunately a lot of them were overdoses, with one of them being murdered; so all together it occupied the whole spectrum of horrible ways to go,” laments the rapper.

“But it was amazingly therapeutic, pulling this single together,” he concludes. “While I was watching he words and mixing them with the pictures in the video it was almost like they were looking over my shoulder and helping me each step of the way, so it came together easy.”

Astray says he isn’t focusing on producing many albums much anymore. “Unless you’re a big artist albums don’t make much sense anymore,” he confesses. “Peoples ‘ attention spans aren’t what they used to be, so it makes no sense to put out a 14-song album and have the songs die on the album because people don’t acknowledge all of them.”

Fallen Friends can be streamed on all the major sites and platforms such as ITunes & Amazon, Apple Music and Spotify.