Posted In: Culture, Restaurants, Community Profiles,   From Issue 715   By: 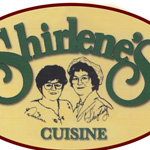 Roger Klemkosky has fastidiously involved himself with the daily details at Shirlene’s Cuisine for the past twenty-four years, with a hands-on approach that has paid off with massive legions of fans and consistent top honors in the Midland Daily News Readers poll.

The brainchild of Roger’s Grandmother and Mother (Shirley and Darlene) which is how the restaurant got its name, Shirley served as a waitress at the legendary Brown Derby restaurant and moved on to the Old Hickory House, where she was part owner and where Darlene also worked.  The two joined forces to start Shirlene’s in November 1986, with Darlene still working full-time. Unfortunately, Shirley suffered a debilitating illness about 10 years ago that has prevented her from working, “Otherwise, she would be,” adds Roger.

When asked what he feels distinguishes Shirlene’s from the smorgasbord of restaurants dimpling the tri-cities, Roger points to longevity. “We concentrate on top notch home cooking with less processed ingredients and menu items that are built from ‘scratch’.  We make all our own soups and peel all the carrots and potatoes and do it all the real way. We’re not into serving frozen or microwave dishes.”

Known for their expansive Salad Bar, Roger also points out that about 50 years ago Shirley invented the recipe for peas & peanuts, which is now a salad bar staple. “We’re getting that out on the Food Network,” notes Roger, “but in terms of other ‘signature’ dishes, our Steaks are cut from a whole loin and our Lake Perch are the real deal. A lot of places say they are serving Lake perch, but mostly its European perch, which tees me off,” he smiles.

“Honesty and integrity were instilled in me at an early age and I believe in giving people what they want at a fair price,” he continues. “Our breakfast special is a good example, as you can get your choice of 2 eggs, 2 meats, pancakes, and potatoes or toast for only $3.99. Plus we do a lunch buffet on Sundays with Ribs & Chicken that is very popular and runs from 11 am to close.”

“Either me or someone from the family are always here overseeing everything, which I feel is an important difference,” continues Roger. “We change a few menu items about once a year, but our core menu is still the same. Plus we have servers working that have stayed here for 17 years, as well as cooks.”

Located at the corner of Eastman and Wackerly roads, Shirlene’s has secured the nod for #1 Best Home Cooking in the Midland Daily News reader’s poll “ever since the restaurant opened,” states Roger.

“We do a lot of catering and people interested in holiday parties should phone us, as we’ll sit down with them in person and discuss what type of party they are having and develop a theme and menu to coincide with their ideas,” explains Roger.

“We also offer beer, wine, and liquor, which a lot of people don’t know we have, but you can have a cocktail with your dinner. Plus a lot of our recipes, like our homemade cheesecake, are the same recipe that we follow since the restaurant started. If it works, don’t change it.”

Big plans are also in store for Shirlene’s in the year ahead, as apart from redecorating, Roger is also working on solidifying details for an expansion. “We’re working on redecorating and when we finish, people won’t recognize the place.  Plus we are working with the state of Michigan to get the property behind the restaurant, which is not being used.”

“We definitely would like to expand and make a bigger place so that we can develop even more satisfied customers.”