Second in a Two-Part Series 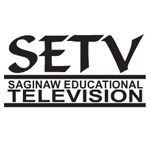 SETV, Saginaw Educational Television, was pushed several years ago to Channel 3 instead of Channel 11 on cable access.

But Media Specialist Jesse Gonzales still remembers the theme song, 'You and Me, SETV.' Various celebrants wiggled the index finger of each hand to signify Channel 11. They ranged from elementary students to the former superintendent, Foster Gibbs.

"The song became obsolete when we were moved to Channel 3," Gonzales says.  "But you know what? When I go in the high schools, the older kids see our crew and they start singing it. They still remember. That shows the kind of impact we have made."

The city district's operation is the success story that emerged from the original cable franchise agreement with Cox Communications in 1986.

Review Magazine reported in its initial installment that the other two access channels have had less impact City government's Channel 15 shows City Council meetings but little else, relying mostly on a 24-hour message board. Public access on Channel 16 displays mostly a blank screen, which amounts to untapped potential for churches and non-profit causes.

An opportunity to provide new life for public access exists this year, as City Hall negotiates a franchise renewal with Cox Cable's successor, Charter Communications. The new Michigan Public Act 480 allows a transfer of cable revenue to promote use of public access on Channel 16.

SETV on Channel 3 can provide a model for potential. There's no reason why Channel 16 can't be filled with programming, the same as Channel 3.

But baby steps will come first. Mike Manley, spokesman for Saginaw city schools, recalls when SETV first went on the air during the late 1980s.

"We used camcorders instead of today's digital equipment." Manley says. "It was unedited, no production. A tape would run out, and viewers could notice the gap while we put in a new tape. Our talk shows looked something like Dave Garroway back in the 1950s. We just put on the air anything that we could put on the air."

Even so, the school community and the public didn't seem to mind if the first telecasts looked like amateur productions.

"School A would see School B on the channel with a class project or a play, and School A would say, 'We want to get ours on too.' Then the parents started demanding that their children's schools be shown," Manley says.

"It hasn't been just the schools and their families, but a lot of older people who no longer have a connection. Believe it or not, we are really popular in the senior citizen high-rises. Or we might have someone watching who lives in the townships now, but they attended Arthur Hill or Saginaw High."

Manley says a key to the SETV start-up was good relations with Cox Communications. The original cable provider felt an obligation to the fresh new franchise agreement, and employed a local staffer.

Meanwhile, the city district opened its Media Center after closing the former South Elementary School on Elm near Gratiot.

"It was a good marriage with Cox Cable," Manley says. "We needed equipment, a studio with master control, lighting. We had the space. Cox had no space in its old headquarters near Herig School (on Throop near Cooper), but the company could provide funds for equipment."

Cox Cable agreed to pay for facilities in the Media Center, and the district in exchange agreed to coordinate public access. SETV was off and running. But on the flip side, only a few representatives from churches and non-profits showed initial interest in public access. The spark never has matched the strong public access operations found in affluent communities such as Midland or college towns such as East Lansing.

"If not for the provisions of the original franchise agreement and the initial tools that Cox Cable provided, SETV never would have gotten this far," Manley says, looking at the brighter side.     Cox gave way to TCI, then Bresnan, then Charter. The school district during the late 1990s, when times were good and state financial aid exceeded inflation, had to use its own money for further SETV upgrades.

Relations eventually deteriorated to the point in which Manley said Charter failed to make $15,000 annual payments for three years in a row. The school district in response stopped supporting public access.

The handful of churches that still make use of Channel 16 now must produce their own tapes, with their own equipment, and take them to a Charter office in Bay City.

This sorry state will change only if the Saginaw City Council takes action this year through the new franchise agreement. For a first step, City Attorney Tom Fancher is looking into creation of a cable citizens advisory group.

Vickie Jacobs, Charter governmental affairs specialist in Flint since 2004, told Review Magazine she is "reluctant to comment on historical events for which I have no personal knowledge. " She said she possibly would speak later "after we have had a chance to completely digest the new legislation."

A key turning point for Saginaw Educational Television came during the middle 1990s. Mike Manley was teaching a Saginaw Valley State University class on the history of rock 'n roll. One of his students was Jesse Gonzales, a 1990 Heritage High School graduate whose interest in creative expression started with childhood drawings.

"I knew I wanted to enter the creative field. I just wasn't sure in what capacity," Gonzales says.

He joined the SETV staff in 1995. Within a year, he was in charge as Media Specialist. He heads for multiple school events during the day  - especially in December, for example, when each building stages a holiday program. Then he often labors on evenings and weekends at the Media Center.

The efforts of Gonzales and his crew, combined with improved technology, have added far more polish to the education access channel.

"We want to be the best technically in terms of graphics and production," Gonzales says. "Our goal is quality. We don't want to be second best in quality, not even to TV 5 or 12 or 25."

One of the most popular SETV features is taped telecasts of sports contests, especially with the recent successes of Saginaw city schools in both boys and girls basketball. Gonzales recalls his first ventures, in that he never was a big sports fan. Now he coordinates a multi-camera crew that arrives 3 hours before game time in order to set up.

Still, other school events don't get short shrift. The most modest elementary school play isn't too small for SETV. Manley says the winning combo is "academics, arts and athletics." Gonzales asserts, "Every child is a shining star."

The Media Center now has a tape library featuring more than 1,000 events recorded through the years. Parents can purchase tapes of events that include their children for as little as $8, and the center each year receives hundreds of requests.

The staff for Gonzales includes a full-time master control operator and three part-time production assistants. Pupils from the district's high schools have openings to serve as interns.

Annual budget costs approach $300,000, but as Manley notes, the district has more than $7,000 in state financial aid at stake with each student who enters or leaves the district. If the positive impact from SETV makes a count difference of 40 pupils among about 10,000 in city schools, then the TV channel's cost pays for itself.

"There is no real way to make an actual calculation in terms of enrollment, but regardless, we feel that it's important. SETV is like the front door to the school district," Manley says.

Gonzales says he didn't expect to stick around for more than a decade, but at this point he has no interest in making a media career move.

"You can look at all the bad things that the Saginaw district is publicized for," Gonales says. "This is one chance, every day and night, to show the good things about the school district."

If you wish to get involved in promoting cable TV public access, call Mike Thompson at 989-525-0189 or e-mail to mwtsaginaw@yahoo.com