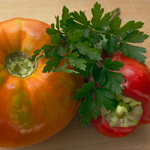 These so-called “non-instructional” support staff employees feel they are being picked on as the lowest-paid and most vulnerable workers, as state government nowadays struggles with budget shortfalls in an annual ritual.

Senate Bill 1074 and House Bill 5594, both under consideration in Lansing, deal with contracting out services, causing a split among legislators.

Republican State Sen. Roger Kahn of Thomas Township says he is willing to consider the idea. Democratic State Sen. Jim Barcia of Bay City is opposed. Republican State Rep. Ken Horn of Frankenmuth says he originally was for the legislation, but he received information that changed his mind.

“I respectfully request that my name be withdrawn from the list of the co-sponsors on your legislation,” Horn wrote to State Rep. David Agema, a Republican from Grandville, west of Grand Rapids.

Kahn asserts, in contrast, that proposals would allow employees to form groups and submit their own bids.

“Local education associations would have an opportunity to bid, and if the local union was awarded the contract, the members would enter into bargaining agreements, thus remaining public employees and therefore losing no service time.

“Because local districts would be able to craft their own criteria in the request for proposal (RFP), which would mean their individual needs will be met, and because current employees could bid for their jobs, I am willing to give this proposal consideration.

“It is important to fully determine if any savings can be realized -- a point that is debated currently. It is also important that all stakeholders are heard. I’ll be looking to our local people on both sides for their views on this matter to ensure that any savings realized would not jeopardize the service level given to our students.”

Barcia says state legislators should not dictate to local districts.

“SB 1074 would mandate that all school districts, intermediate school districts and public school academies contract out all ‘noninstructional support services’ by June 30, 2010.  This would include custodial, transportation and food services,” Barcia says.

“While I believe we must be willing to make structural reforms and resize our state government overall, I am not sure how much savings would be realized by this mandate, or that the Legislature should even be making theses decisions for the districts.

“Fiscal analyses indicate that the amount that would be saved is indeterminate due to the hidden costs involved in the process, such as additional staff and materials costs associated with the contracting.  In addition, current law already provides this option on a voluntary basis, and perhaps each district should make this decision based on its own fiscal situation.”

School service employees were reluctant to speak for this article, expressing fears of employment reprisal. However, the 1,600-member School Nutrition Association of Michigan released a statement on privatization. Following are excerpts:

“SNAM recognizes the current fiscal crisis facing our State and the subsequent fall-out the Michigan economy has had on school funding. While school districts across the state are grappling with a multitude of strategies to close budget gaps, it is vitally important that school districts focus on strategies that generate long-term sustainable benefits.  It is our position, therefore, that school districts should not be mandated, by law, to enter into Food Service Management Contracts, which would deny school districts local control of School Nutrition Programs.

“At this time, school districts are considering a variety of ways to reduce costs and to maintain quality of all non-instructional services provided to students. Third party food service management contractors should not be considered a panacea for saving money or for improving the quality of student nutrition programs.

“SNAM believes that fiscally sound school nutrition programs are the result of well trained employees under the direction of a highly qualified food service administrator. Whether the school nutrition program is run by a management contractor or self-operated by the district, the common denominator for a fiscally successful program are the qualifications and experience level of the food service director in charge.

“Districts must also consider the profit motive of FSMC and all costs associated with FSMC, which may exceed current operational cost thresholds.  A legislative mandate requiring the outsourcing of student nutrition programs would not allow for local control of School Nutrition Programs and would not create the long-term cost savings to a district that may appear at first glance.  The truly long term sustainable solution is for districts to ensure that they staff their Nutrition Services Departments with highly qualified personnel.

“All cost savings generated by a self-operating department is driven directly back into the district. Though a management company may provide short-term gains in some instances, in the long run a district benefits far more from a well-managed self-operated department.”

Saginaw Township has a terrific school nutrition program that puts out a good product and is both efficient and dedicated to its mission, which is currently non-union. Their school lunch program is self-sustaining, meaning they take no money from the public to operate and in fact, turn a profit that gets folded back into the school general fund to help with other school finances. Some vendors that supply them offer cash-back incentives for meeting certain criteria.

This does not happen in the case of many privatized school lunch programs, as any money made goes into the pockets of the vendors; therefore, if these bills were passed, privatizing this service would result in even further loss of revenues in Saginaw Township as a result.

Employees fro some local school systems that have earlier gone the privatization route have since expressed regrets in doing so. Bridgeport schools have parent and organized groups that wish to return to an in-house setup, where there is more local control and accountability.