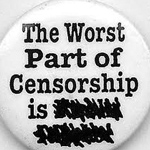 For 35 years Project Censored has been committed to bringing the most vital stories to public awareness with the belief that genuine democracy depends upon freedom of the press, which in recent years has fallen under its own particular brand of corporate influence.

Founded by Carl Jensen in 1976, Project Censored is a media research program working in cooperation with various independent media groups throughout the USA, and has trained over 1,500 students in investigative research.

Project Censored conducts research to determine significant news stories that are either underreported, ignored, misrepresented, or censored by corporate media. Each year they release 25 stories out of over 1000 that are researched.

This is the second part of a two-part series

Earlier this year the Federal Trade Commission (FTC) investigated Internet search engine giant Google for illegally collecting personal data such as passwords, emails and other online activities from unsecured Wi-Fi networks in homes and businesses across the United States and around the rest of the world.

Google has claimed the data was accidentally picked up by their Street View cars while driving the world's streets. Clearly, this is an invasion of the public's privacy and yet the FTC has done basically nothing about it, not issuing even a slap on the wrist for Google. In late October 2010, David Vladeck, director of the FTC's Bureau of Consumer Protection, sent a two-page letter to Google attorney Albert Gidari saying that the FTC has ended its inquiry into the matter with little more than an assurance from Google that it will make “improvements to its internal processes” and “continue its dialogue with the FTC” (Vladeck). Why was nothing done to stop the practice and prevent it from happening again?

Less than a week before the FTC's decision to drop the inquiry, President Obama attended a $30,000 per person Democratic Party fundraiser at the Palo Alto, California home of Google executive Marissa Mayer (Carlson). Google's former head of public policy, Andrew McLaughlin, joined the Obama administration as the deputy chief technology officer in mid-2009. Other Obama administration officials include: Eric Schmidt, Google's chief executive, who serves as a member of the President's Council of Advisors on Science and Technology; Katie Stanton, who joined the administration as Director of Citizen Participation after serving as a Google project manager; and the former head of Google.org's global development, Sonal Shah, who is now head of the White House's Office of Social Innovation. These facts suggest that the Obama administration may have a conflict of interest in its handling of Google's civil rights violations.

In the January 2011 issue of American Psychologist, the American Psychology Association (APA) dedicated 13 articles to detailing and celebrating a $117 million collaboration with the US Army called Comprehensive Soldier Fitness (CSF). It's being marketed as a resilience training to reduce if not prevent adverse psychological consequences to soldiers who endure combat. Because of the CSF emphasis on “positive psychology” advocates call it a holistic approach to warrior training.

Criticism arose shortly after the initiative was announced - including ethical questions about whether soldiers should be desensitized to traumatic events and methodological concerns about large-scale programs similar to this that have either not worked or had adverse effects in the past. Also considered problematic, this program is adapted primarily from the Penn Resiliency Program (PRP), which had very little success with a nonmilitary population, and now in its first trial run plans to incorporate 1.1 million soldiers. Critics maintain it should be tried out first on small groups of soldiers.

Lastly, the CSF program measures soldiers' “resilience” in five core areas: emotional, physical, family, social and spiritual. The spiritual component of the assessment contains questions written predominantly for soldiers who believe in God or another deity. This means tens of thousands of nonbelievers will score poorly and be forced to use religious imagery exercises that are counter to their personal beliefs and thus unlikely to foster resilience.

8. The Fairytale of Clean and Safe Nuclear Power

Nuclear power presents a security threat of unprecedented proportions: It's capable of a catastrophic accident that can kill hundreds of thousands of people, with a byproduct that is toxic for millennia. To call nuclear power “clean” is an affront to science, common sense and the English language itself, yet industry backers, inside and outside of government, are attempting to establish a new “Clean Energy Standard” to promote nuclear power. These proposals suffer from three fundamental misconceptions: 1) that pollutants other than carbon dioxide are irrelevant when defining “clean energy,” 2) that because radiation is invisible and odorless it is not a toxic pollutant and 3) that nuclear power is carbon-free. None of these is true.

In their most recent report, released in 2005, the US National Academy of Sciences determined that no safe level of radiation exposure exists--every exposure to radiation increases the risk of cancer, birth defects and other disease. The US Nuclear Regulatory Commission (NRC) accepts the linear no-threshold (LNT) hypothesis, which states that any increase in dose of radiation, no matter how small, results in an incremental increase in risk, as a conservative model for estimating radiation risk.

Rising global temperatures, increasing population and degradation of water supplies have created broad support for the growing field of weather modification. The US government has conducted weather modification experiments for over half a century, and the military-industrial complex stands poised to capitalize on these discoveries.

One of the latest programs is HAARP, the High Frequency Active Aural Research Program. This technology can potentially trigger floods, droughts, hurricanes and earthquakes. The scientific idea behind HAARP is to “excite” a specific area of the ionosphere and observe the physical processes in that excited area with intention of modifying ecological conditions. HAARP can also be used as a weapon system, capable of selectively destabilizing agricultural and ecological systems of entire regions.

Another Environmental Modification (EnMod) program is that of atmospheric geoengineering, or cloud seeding, which has found new life since the global warming scare. Cloud seeding involves creating cirrus clouds from airplane contrails. Unlike regular contrails, which dissolve in minutes, these artificial contrails can last from several hours to days. Once the artificial clouds have been created, they are used to reflect solar or manmade radiation.

At a recent international symposium, scientists asserted that “manipulation of climate through modification of cirrus clouds is neither a hoax nor a conspiracy theory.” The only conspiracy surrounding geoengineering is that most governments and industry refuse to publicly admit what anyone can see in the sky or discover in peer-reviewed research. The Belfort Group has been working to raise public awareness about toxic aerial spraying, popularly referred to as chemtrails. However, scientists preferred the term 'persistent contrails' to describe the phenomenon, in an attempt to move the inquiry away from amateur conspiracy theories.

Dr. Vermeeren, Delft University of Technology, presented a 300-page scientific report entitled, “CASE ORANGE: Contrail Science, Its Impact on Climate and Weather Manipulation Programs Conducted by the United States and Its Allies.” He stated clearly, “Weather manipulation through contrail formation… is in place and fully operational.” Vermeeren mentioned a 1991 patent now held by Raytheon, a private defense contractor, with “18 claims to reduce global warming through stratospheric seeding with aluminum oxide… thorium oxide … and refractory Welsbach material.” Authors of the study expressed concern that Raytheon, a private corporation, makes daily flights spraying these materials in our skies with apparently minimal government oversight. Raytheon is the same company that holds the HAARP contract with the US.

Other countries are also experimenting. The Chinese government announced in April, 2007 the creation of the first-ever artificial snowfall over the city of Nagqu in Tibet. China now conducts more cloud-seeding projects than any other nation.

10. Real Unemployment: One Out of Five in US

The corporate media wants America to feel secure during a time of unemployment crisis, but people deserve to know what is really happening rather than being told a statistical lie. The January 2011 unemployment rate released by the Bureau of Labor Statistics (BLS) stated that the unemployment rate had dropped to 9% from 9.4%, conveying an illusion that our economy is recovering. This decrease in the unemployment rate is partly explained by a “seasonal adjustment.” Although many people find temporary jobs during the holidays each year so are no longer counted in the unemployment numbers, they have no job security with seasonal employment. Also, once a person has been unemployed for a year, the government stops counting them in the statisticseven though they remain unemployed.