Rap/Hip Hop Performance of the Year 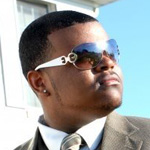 Taking home the “Rap/Hip-Hop Performance of the Year” award was OJ The King. Born Odell Walker Jr., OJ was raised in Saginaw and grew up in a musical family, with parents who met because they both worked as DJs and with an uncle who was in Gladys Knight and the Pips.

Listening to a diverse range of music has certainly lent to OJ’s own versatility as an artist. Unlike many rappers, OJ can sing in addition to rapping, which he believes helps set him apart from the field of other rappers.

Winning the award came as a surprise to OJ who was really just happy to be nominated. OJ, who recently turned 21, began rapping as a joke in high school and only recently has begun to take it more seriously. Since he has not been out performing on the scene for very long, the recognition was a blessing. He says, “When I found out I won, I was speechless. It’s a blessing to get recognized for something you work so hard for, especially when you think people aren’t noticing you at the time.”

In addition to his vocal abilities, OJ thinks creativity and substance also gave him an edge over his competition. However, he is also quick to thank his large group of supporters. “I believe it was my support group on Facebook. I have almost 4,000 in the group—so big ups to you all!”

Some lyrics from the chorus of his song “It’s My Time” is an apt way to describe what OJ has going on now:

“It’s my time / I got to go get it / I’m livin’ my life / Can’t no one else live it / Future’s so bright / Picture’s so vivid…” His mixtape Superstar Status, that came out to a limited release and some local acclaim in 2009, is officially launching on May 15 with an event at the Prime Event Center. He already has a follow-up mixtape, Superstar Status 2.0, in the works to be released later this summer.

OJ The King has a clear idea of where he wants to go with this: “My future plans are to tap into performing at bigger venues and work on getting radio play. [I’d like to] eventually sign with an indie or major label, and take off from there!