the USA defense was too much for the Panthers, who will look to next year with a strong junior class... 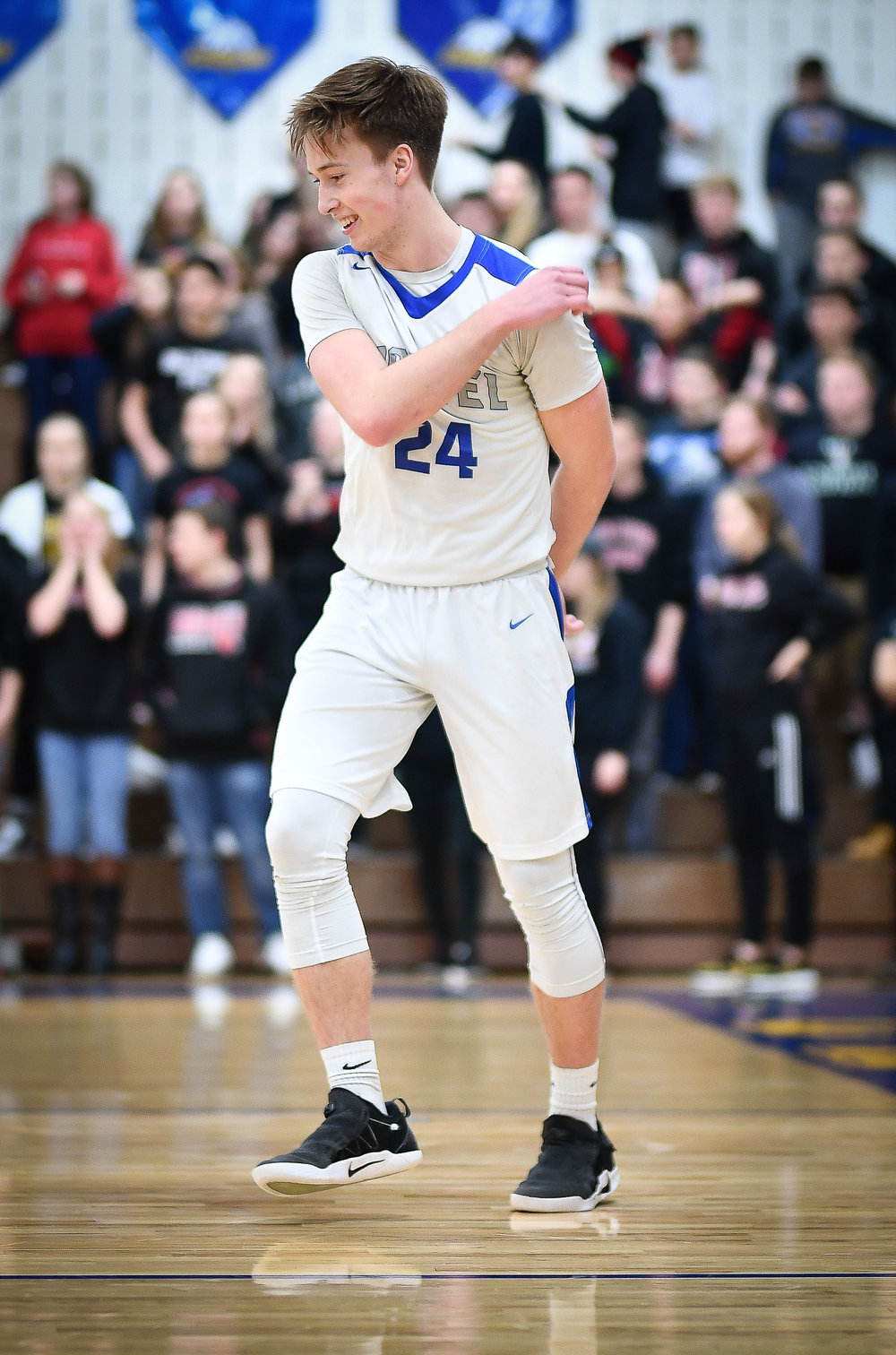 Burton, MI:
The Nouvel CC (13-10) boys basketball team bowed out of the 2017-18 MHSAA Class-C state tournament following a heart-wrenching 42-34 regional loss to No. 9 Unionville-Sebawaing (24-0) high school at the Burton Atherton high school gym in Burton, MI tonight.
There seemed to be an invisible force-field covering the basket for the Panthers throughout most of the opening quarter and USA took full advantage; led by 6- first quarter points from senior Zachary Fritz and another 5-points from senior Isaiah Williamson, while Nouvel junior guard Josh Kuligowski finally put NCC on the board with a three-pointer with 15-seconds left in the first quarter, followed by a half-court buzzer-beater from NCC junior point guard Michael Ehlman to cut into the USA lead (15-6) at the end of the first quarter.
USA continued its defensive stranglehold on the Panthers in the second quarter as Fritz added another 4-points, along with 4-points from senior guard Hunter Bohn, while NCC senior Tate Hausbeck scored 3-second quarter points for the Panthers, who trailed the Patriots 26-12 heading into halftime.
Nouvel came out of the halftime break energized, outscoring USA 15-7 in the third quarter, led by 4-points each from Ehlman and NCC junior Chris Lemanek to cut the Patriots' lead to 33-26 after three quarters.
The Panthers managed to cut the USA lead to 4-points (38-34) with just over 4-minutes left in the game, however, the USA defense would not allow another NCC basket, as the Panthers continued to have no answer for Fritz, who dropped another 6-points for the Patriots in the final quarter.
Fritz led USA with a double-double, scoring a game high 20-points and 10-rebounds, followed by Williamson, who had an impressive stat line, with 8-points, 8-assists, 10-rebounds, 1-steal, and 1-block, while Bohn and USA junior Micah Cramer each added 6-points apiece respectively for the Patriots. USA sophomore Landin Zimmer chipped in with 2-points to round out the Patriots' scoring.
Ehlman and Hausbeck led Nouvel with 7-points apiece respectively with Hausbeck adding 7-rebounds and Ehlman grabbing 3-rebounds and 4-steals, followed by 6-points from Kuligowski.
Snyder finished with 5-points and 6-rebounds, followed by Nouvel junior TJ Raedy, who had 5-points, 2-rebounds, and 2-steals, while Lemanek would round out the NCC scoring with 4-points and 4-rebounds.
USA moves on to the MHSAA Class-C regional championship game where it will take on three-time defending state champ's Flint Beecher (16-8) who have won 5 of the last 6 MHSAA Class-C state championships. The Buc's advanced with an impressive 67-19 victory over Capac (17-7) in the second game last night.
Graduating just 3-senior's from this year's team, Nouvel CC will be looking to make another deep playoff run next year.
Nouvel CC gets ready for the second half against USA: