Posted In: Politics, National, State,   From Issue 652   By: The Review Editorial Staff 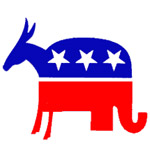 A year ago, Democratic and Republican leaders alike in Michigan believed that a forward move to a January 15 presidential primary could give the state more influence in the nomination of candidates.

They now admit they will carry little clout in 2008, but their actions may help change the entire process by as soon as the 2012 election, according to spokespeople for both parties.

The goal is to enact change, sooner or later, that would weaken the traditional influence of early starters in Iowa and New Hampshire.
Much of the Michigan public, meanwhile, is simply confused. The simplest explanation is that both of the national political parties are upset with state party leaders for moving ahead on the calendar, and they have taken reprisals.

"There is a great desire for change within the system so that states with more diversity should be represented sooner in the process," says veteran Democratic U.S. Senator Carl Levin.

In a rare instance, he has won agreements from Republicans such as Michigan GOP Chairman Saul Anuzis.

In an attempt to untangle the confusion, here's the Michigan sequence of events during the past year:

* With ongoing hardship this decade, Michigan's official unemployment rate has nosedived to 7.9 percent, which is 50th among the 50 states, according to the U.S. Bureau of Labor Statistics. New Hampshire is a healthy 10th at 3.2 percent and Iowa is 18th at 3.9 percent.

* Michigan political leaders from both major parties early last year decided that their state, as a result of the economic and ethnic numbers, is a better reflection of America than Iowa and New Hampshire. Thus came the decision to jump the state's primary ahead to January 15, breaking schedule sequences that national Democrats and Republicans both had established.

* Opposition arose on many fronts. The Democratic National Committee determined that Michigan would lose all of its convention delegates. The Republican National Committee was less harsh, choosing to chop the delegate count in half.

* Meanwhile, Iowa moved its caucuses up to January 3 and New Hampshire advanced its primary to January 8, in both cases for the purposes of moving back ahead of Michigan. Wyoming, with even less diversity than Iowa or New Hampshire, also jumped ahead with caucuses on January 5.

Readers may ask, shouldn't Michigan still gain influence by moving up to fourth in line? Not really, according to leaders in both state parties, at least not this time around.

Reason Number One: Democratic frontrunners have pledged to honor the national party by declining to campaign in Michigan, although Hillary Clinton has kept her name on the ballot, unlike Barack Obama, John Edwards, Joe Biden and Bill Richardson.

This means, as Biden has noted, that the Michigan Democratic vote on January 15 will amount to little more than "a beauty contest" that national media will dismiss in importance. Clinton has drawn criticism from the others for failing to remove her name.

Reason Number Two: Nine Republicans will go ahead and compete, including the Big Five of Rudy Giuliani, Mike Huckabee, Mitt Romney, John McCain and Fred Thompson. Still, their Michigan results also will be diminished. The reason is that in the open primary system, many Democrats may feel free to go on the Republican side and stir the mess by supporting long shots, such as conservative grassroots hero Ron Paul. If Paul fares well, and/or if a frontrunner such as Giuliani stumbles, analysts will ask whether Democratic pranks tilted the voting. Amid all of the jockeying, Michigan leaders of both state parties, especially Democrats, fear a backlash in November 2008.

They worry that voters will perceive that the national parties have disrespected them, especially when taxpayers are footing the $10 million voting cost on January 15.

Indeed, one blogger on the digg.com site proclaimed, "I'm from Michigan and will never vote for a Democrat again." Another blogger told Democratic leaders, "Way to go, you have pretty much guaranteed that Michigan will go red (Republican) for the first time in 20 years."
Senator Levin said he expects that hard feelings between state and national party leaders will die down for both Democrats and Republicans, because neither party can afford to offend constituents in a swing battleground state with 17 electoral votes. Iowa has
7, New Hampshire 4 and Wyoming 3.

As for sparking change in 2012, bipartisan lawmakers in Congress have submitted proposals that would establish a national primary system. Regional voting would take place on six consecutive Tuesdays in the late winter and early spring of each presidential election year.
The sequence of states would occur through a lottery-style drawing, wiping out the more prominent status for Iowa and New Hampshire.
"I think it is unconscionable," said Levin, "that we continue to grant special treatment to certain states in election after election."