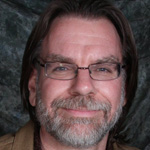 In a Primary Election season when many traditional party candidates and insiders are being given their walking papers by independent challengers outside of the traditional two-party spectrum, Essexville resident Matt de Heus won the Green Party Nomination for the 5th U.S. House District at the party caucus held in Lansing on July 31st and August 1st.

He will face incumbent Dale Kildee (D) and John Kupiec (R) in the November election. As only non-partisan races and the two major political parties have ballot access, Green Party candidates were not able to participate in the August 3rd primary election.

Mr. de Heus is a retired manufacturing industry executive who spent most of his career in the former Burman Castrol group. During his career he held positions in process engineering, environmental management, manufacturing, mergers & acquisitions and strategic planning. He has experience conducting business and managing projects in 45 countries, including a five-year assignment in corporate development in the United Kingdom.

Mr. de Heus is currently employed as an instructor of Process Technology at Delta College and is also a contributor to The Review. He has served as the Chairman of the Bay County Green Party since March of this year.

In the fall election, he will face Mr. Kildee, who has held the seat over the last 39 years. When asked about facing such an experienced competitor, Mr. de Heus responded, “You won’t get me to say bad things about Dale Kildee. You have to pay respect to the commitment he has shown to the region over his tenure. There simply comes a time for change. We face a new set of challenges that require a different set of skills. We have benefited from leaders like Dale Kildee. I’d like to help establish a new generation of leaders that will lead us into the future. And in my mind that future will include a greener, more benevolent society.”

Mr. de Heus indicated that he decided to pursue a "third party" nomination for a few reasons.  "First, we decided that my candidacy is more about illumination and education than it is to just 'get elected.'  I found great empathy with the Green Party's Pillars, Values and Platform.  Plus as an educator by trade and by nature, I really would like to help people affect a lifestyle change.  If I can help people understand the issues, they will be better voters no matter who they vote for.  Ballot boxes are fickle and unreliable.  Lasting change begins with the individual.  That being said, I'd like to ask people to consider voting Green.  You'll find it feels good."