Leonel Valera led the Loons going 3 for 4 with 2 RBI's including a solo home run... 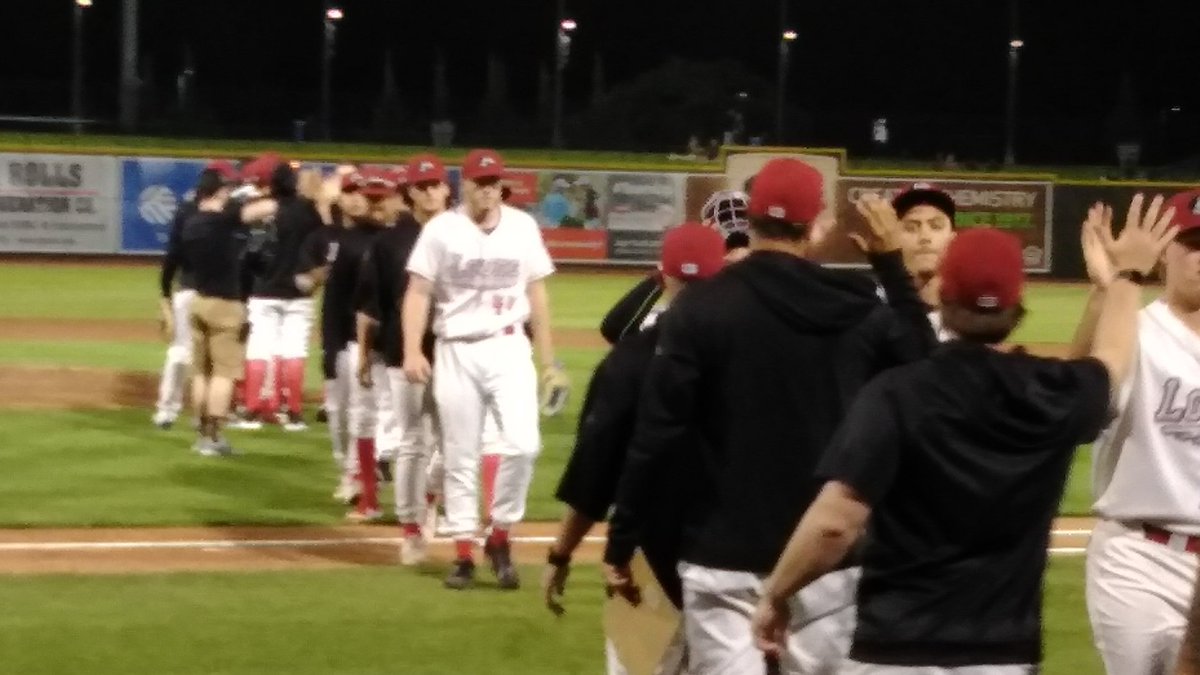 Midland, MI:
The Great Lakes Loons (64-39) opened a 4-game homestand with a 6-4 victory over the Fort Wayne Tincaps (San Diego Padres) in front of 3,022 at Dow Diamond in Midland, MI tonight.
The Loons gave Fort Wayne starter Ryan Weathers (the No. 7 overall pick of the San Diego Padres in the first round of the 2018 MLB draft) some early trouble when Great Lakes lead off hitter Leonel Velera and left fielder Chris Roller each reached on back to back singles respectively, as Valera managed to score on an RBI-double off the bat of third baseman Kody Hoese for a 1-0 lead, before Loons second baseman Jacob Amaya cleared the bases with a 2-RBI single to drive in Roller and Hoese for a 3-0 Great Lakes lead in the bottom of the first inning.
Great Lakes extended its lead when catcher Jair Camargo led off the bottom of the fifth with a double, while former CMU star Dan Robinson followed with a single to move Camargo to third, before eventually scoring on a double by Valera for a 4-0 lead, while Robinson was driven in on an infield ground out for a 5-0 Loons lead after five innings.
The Tincaps would make it a game in the top of the seventh when Fort Wayne left fielder Tyler Benson cleared the loaded bases with a 3-run triple, before scoring himself on a single off the bat of Fort Wayne shortstop Tucapita Marcano to cut the Great Lakes lead to 5-4 midway through seven.
The Loons added an insurance run in the bottom half of the inning when Valera (3) belted a solo home run over the left center field wall at Dow Diamond for a 6-4 lead after seven to round out the Great Lakes scoring.
Great Lakes starter Ryan Pepiot (3.00 ERA) had a stellar outing on a limited pitch-count in the piggy-back start, walking just 2-batters with 3-strikeouts through 2-scoreless innings, before being replaced by fellow piggy-back starter Zach Willeman (2-3, 5.67 ERA) who went on to earn his second win of the season after giving up 4-runs on 5-hits and 1-walk, with 4-strike outs throughout the next 4 1/3 innings.
Loons reliever Justin Bruihl (H2, 1.20 ERA) came in and put a stop to the bleeding during the Tincaps' seventh inning rally, getting the final two outs and going on to earn his second hold of the year after allowing just 3-hits with 3-strikeouts through 1 2/3 innings, before L.A. Dodgers' sixth round selection in the 2019 MLB draft Aaron Ochsenbein (SV1, 3.00 ERA) picked up his first save at the single-A level (second of his 29-day pro career) after allowing 1-hit, while striking out 2-batters to close out the ninth inning tonight.
Valera led the Great Lakes offense going 3 for 4 with 2-RBI's including the solo home run followed by Amaya who was 2 for 4 with 2-RBI's, while Roller and Hoese each finished 1 for 4 with 1-RBI apiece respectively.
The Loons, who have now won 17 of their last 21 games, will meet up with the Tincaps for game-2 of this 4-game series right back here at Dow Diamond at 7:05 pm tomorrow night.