The Loons lead all of baseball with 163 walks, 20 more than MLB parent club the Los Angeles Dodgers... 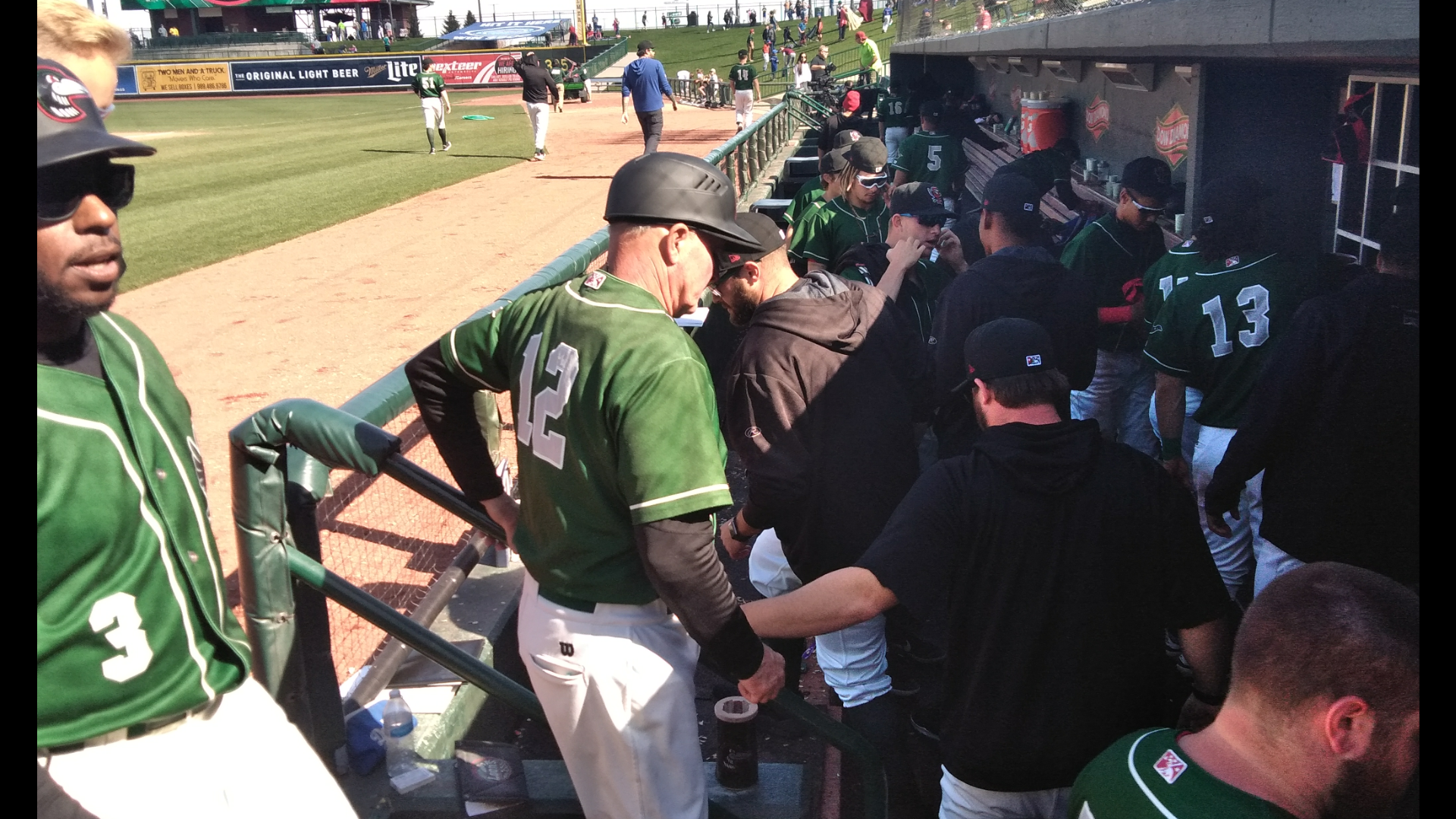 Midland, MI:
After struggling throughout the month of April just to get to .500 in the Midwest League standings, the Los Angeles Dodgers' single-A affiliate, the Great Lakes Loons (16-12) have now moved into a tie for first place (with Bowling Green) in the MWL eastern division, running its recent streak to eight straight following a 5-1 victory over the Wisconsin Timber Rattlers (Milwaukee Brewers) at Dow Diamond in Midland, MI this afternoon.
Great Lakes, with 163 team walks, currently have more walks than any other team (at any level) in all of baseball, twenty more walks than the Loons' parent club, the LA Dodgers, who happen to lead the Major Leagues with 143 base on balls; while the Dodgers' advanced-A affiliate the Rancho Cucamonga Quakes sit atop the California League with 135 team walks.
Loons manager John Shoemaker, who has been a minor league coach in the Dodgers' system for 38 years, has likely had a hand in teaching that plate discipline to many of the players throughout the Los Angeles organization, focusing on the belief that; plate discipline will put runners on base, base runners will lead to runs, and runs will lead to wins.
“From the very beginning of the season we've had a lot of hitters who have been patient at the plate, selecting their pitch,” Shoemaker said. “Even though today was a day (where) we didn't do much against their starter, when we got an opportunity we were able to cash in, even without hits (we still scored on) a couple of walks and a hit by pitch; when you're winning, those things happen for you, but when you're losing, those things happen against you, and right now I'm happy for our guys, they're really giving a great effort and have a lot of confidence.”
The Timber Rattlers drew first blood when Wisconsin first baseman David Fry scored from third base after a wild pitch from Loons starter Andre Jackson for a 1-0 Timber Rattlers lead in the top of the third inning.
Despite the wild pitch, Jackson (3.16 ERA) finished with a very productive day, giving up the 1-run on 2-hits and 3-walks, striking out 2-batters through 5-innings of work, as Loons reliever Jose Martinez (1-1, 4.95 ERA) picked up his first win of the season, allowing just 1-hit and 1-walk, while striking out 3-batters through 4-impressive innings of relief.
Timber Rattlers starter Aaron Ashby (son of former MLB pitcher Andy Ashby) shut down the Great Lakes batters, allowing just 1-hit, with 2-walks, while striking out 7-batters through 6-innings, before being replaced by Chad Whitmer to start the seventh inning.
The Loons managed to get to Whitmer, breaking the game wide open in the bottom of the seventh with back to back singles from second baseman Jacob Amaya and right fielder Niko Hulsizer, before catching another break when Great Lakes center fielder James Outman's high fly ball was lost in the sun by Wisconsin left fielder Je'Von Ward, allowing it to drop into left field untouched for a single to load the bases when Loons designated hitter Romer Cuadrado was walked, scoring Amaya to tie the game at 1-run apiece and keeping the bases loaded with nobody out.
Great Lakes first baseman Luke Heyer was then hit by a pitch to score Hulsizer for a 2-1 Loons lead with nobody out, but after Loons catcher Hunter Feduccia was struck out and shortstop Leonel Valera grounded into a fielders choice to force Outman out at home, it seemed as though the Timber Rattlers had dodged a bullet and escaped with minimal damage, however, another walk to Great Lakes lead off batter Miguel Vargas, followed by a 2-RBI single off the bat of Great Lakes left fielder Chris Roller would give the Loons a 5-1 lead heading into the top of the eighth.
Whitmer (0-1, 3.46 ERA) was charged with the loss after giving up 5-runs on 3-hits and 1-walk, while Wisconsin reliever Michael Mediavilla allowed 2-hits and 1-walk with 3-strikeouts through the final 2-innings.
The Loons will look to make it 9-straight with a chance to sweep the Timber Rattlers in a 2:05 pm game at Dow Diamond tomorrow afternoon.
Video of Loons players celebrating their eighth straight victory: