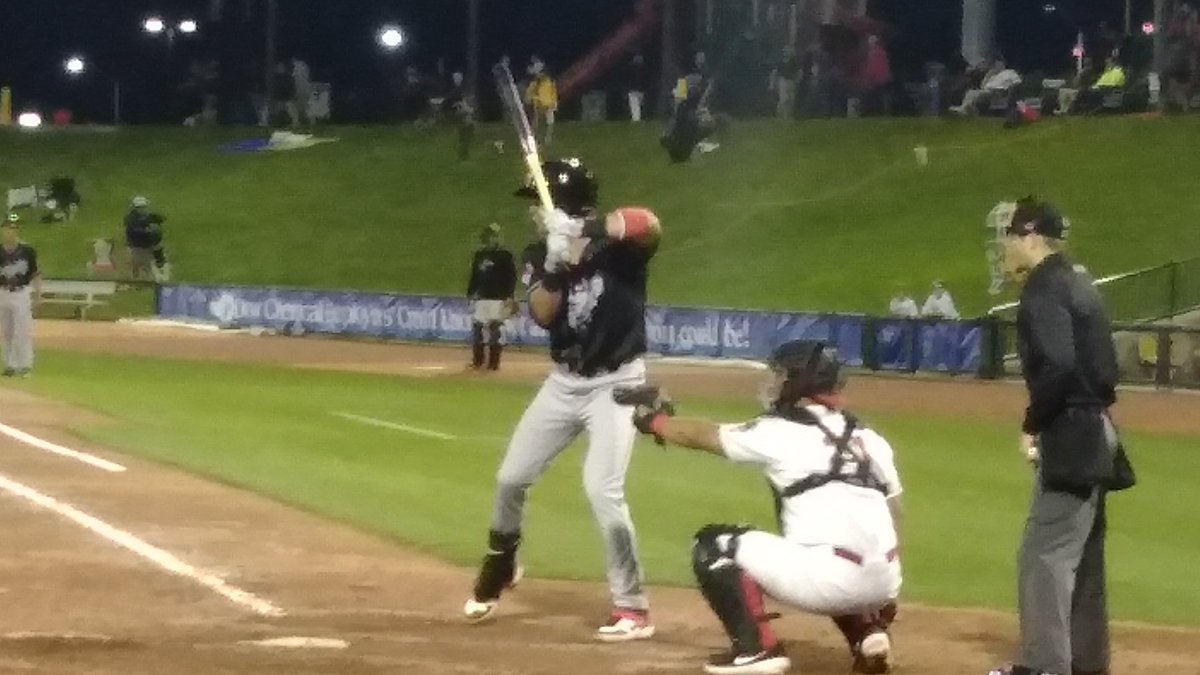 Midland, MI:
The Great Lakes Loons (35-20) saw its recent five game winning streak come to an abrupt end after being shutout for the first time since the opening game of the 2019 Midwest League season following an 8-0 loss to the Lansing Lugnuts (Toronto Blue Jays) at Dow Diamond in Midland, MI tonight.
Lansing jumped out to an early lead when right fielder Griffin Conine (son of former major league star Jeff Conine) drove in catcher Gabriel Moreno with an RBI-triple, while Lugnuts first baseman Jake Brodt (8) followed with a bases clearing 2-run homer for a 3-0 Lansing lead in the top of the first inning.
The Lugnuts would add another run in the top of the second when DH Hagen Danner (5) belted a solo shot over the left field wall at Dow Diamond for a 4-0 Lansing lead, before Conine (3) continued his onslaught on Loons starter Robinson Ortiz in the top half of the third, crushing a 1-out solo blast off the video board in right field for a 5-0 Lansing lead midway through the third.
Ortiz wrapped up his rough day in the fourth when Danner (6) roped his second home run in as many at bats, a 2-run shot for a 7-0 Lugnuts lead in the top of the fourth, as Ortiz (0-2, 16.00 ERA) was charged with his second loss of the season after giving up 6-earned runs (however, the other run was a result of 2-errors by Ortiz) on 6-hits and 3-walks, with 1-strikeout through 3-forgettable innings.
Lansing added another run in the eighth when DJ Neal drove in Nick Podkul for the 8-0 lead in the top of the eighth.
Lugnuts starter Josh Winckowski (6-2, 1.90 ERA) was stellar, earning the shutout victory, his sixth of the season after allowing just 2-hits and 3-walks, while striking out 7-batters through 6-scoreless innings.
The Loons and Lugnuts will be back at it in a little over 12 hours for game-2 of this three game series when the two eastern division Midwest League teams meet for a 10:35 am 'education day' early tilt here at Dow Diamond tomorrow morning.