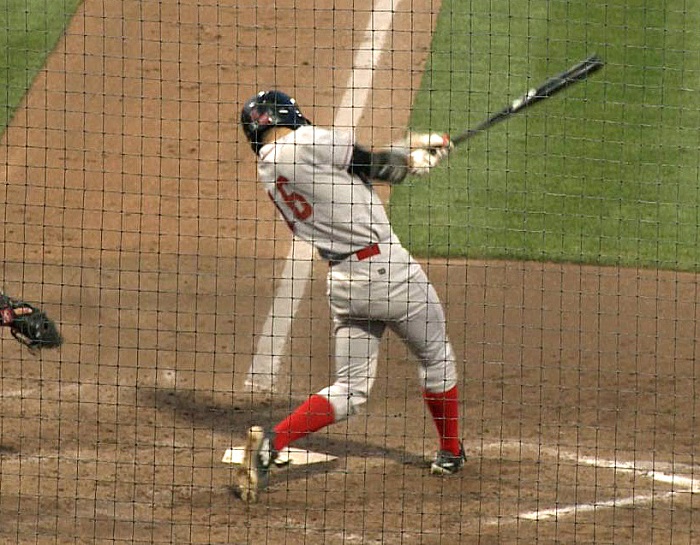 Comstock Park, MI:
After losing the first two games of a 4-game road series (7-3 on Monday) and (10-4 yesterday) the Great Lakes Loons (2-5) dropped its third straight game, following a 4-1 loss to the West Michigan Whitecaps (Detroit Tigers) at Fifth Third Ballpark in Comstock Park, MI tonight.
The Whitecaps took a 2-0 lead after Loons starter Marshall Kasowski walked the first two batters of the inning and was replaced by reliever Andre Scrubb, who struck out the first batter he faced, but walked the next to load the bases, before allowing 2-runs to score after hitting and walking another batter.
Both runs were charged to Kasowski (0-1, 6.00 ERA) who was charged with his first loss of the season after giving up the 2-runs on 0-hits and 6-walks, while striking out 4-batters through 2-innings.
Scrubb (4.15 ERA) gave up just 1-hit and 2-walks, while striking out 3-batters through 1-2/3 innings of work.
The Loons answered with a run after first baseman Nick Yarnall and RF Starling Heredia reached on back to back 1-out walks, before second baseman Zach McKinstry drove in Yarnall with an RBI-single to make it a 2-1 game in the top of the fourth.
Loons reliever James Carter had 1-out, with the bases loaded in the bottom of the sixth inning, when West Michigan catcher Joey Morgan hit a grounder to Loons SS Moises Perez, who flipped it to McKinstry at second for (what appeared to be the start of) an inning ending double play, however, a dropped ball on McKinstry's throw to first allowed 2-runs to score, giving the Whitecaps a 4-1 lead they would not relinquish.
Carter was charged with just 1-earned run (the runner who scored before the error) on 1-hit and 2-walks, with 2-strikeouts, through 2-1/3 innings.
Making his return to Great Lakes after battling injuries for the Loons, then finishing last year in Ogden (advanced rookie) and starting this year in Tulsa (double-A) Loons reliever Vinny Santarsiero finished out the game strong, allowing just 1-hit, while striking out 3-batters through the final 2-innings.
The Loons will look to take the final game from the Whitecaps at noon tomorrow, before returning home for a 3-game homestand (Fri-Sun) against the Dayton Dragon (Cincinnati Reds) with the first pitch Friday night at 6:05 pm at Dow Diamond.