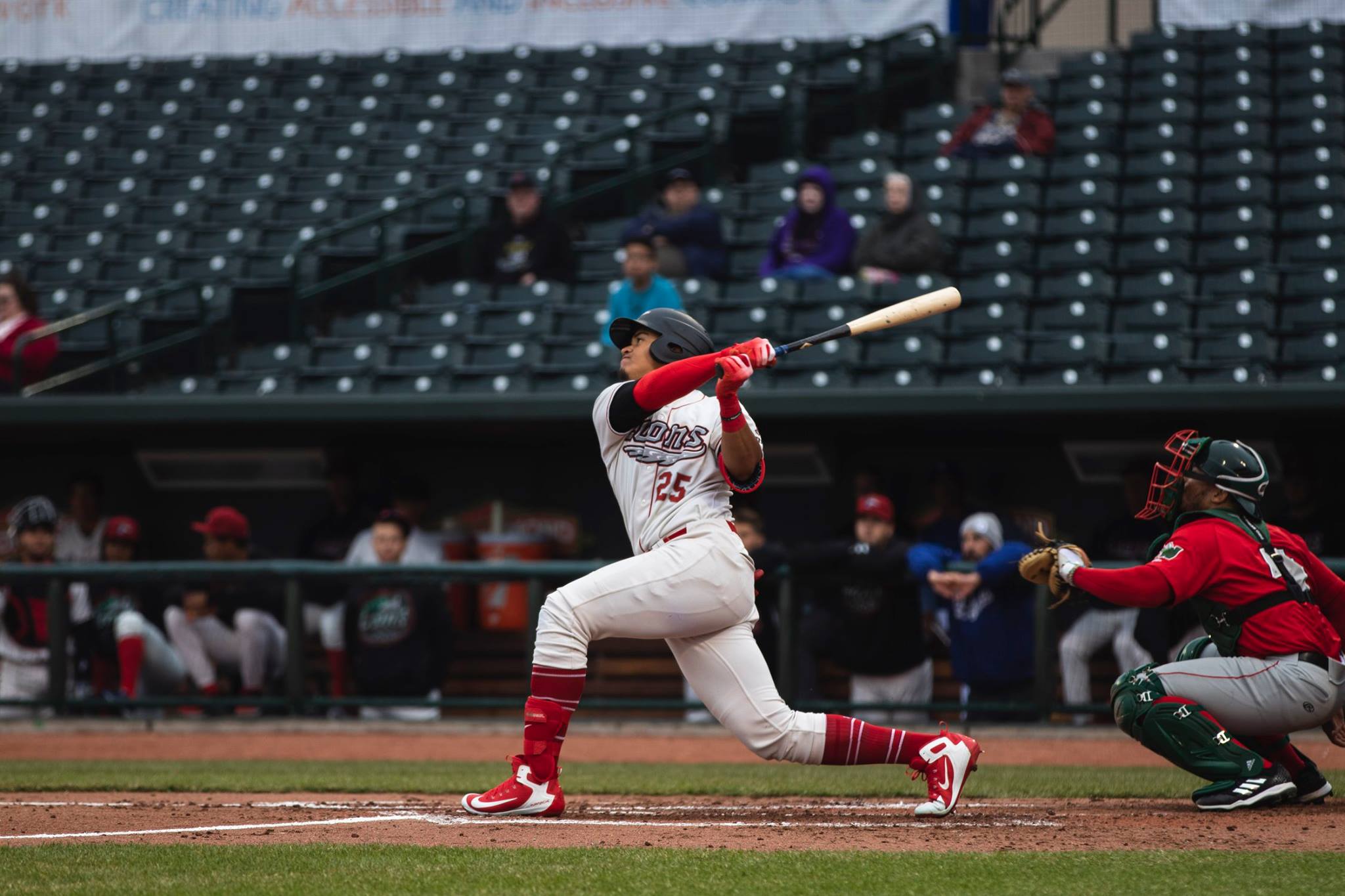 Eastlake, OH:
The Great Lakes Loons (14-32) blew a 3-0 lead, giving up 2-runs in the eighth, before eventually falling 4-3 on a 2-run walk-off home run to the Lake County Captains (Cleveland Indians) in the bottom of the ninth in the opening game of a 4-game road series at Classic Park in Eastlake, OH on the outskirts of Cleveland tonight.
With the Captains trailing the Loons 3-2 in the bottom of the ninth, pinch-hitter Jonathan Laureano entered as an offensive sub to bat for catcher Joshua Rolette and reached on a 1-out double, before Lake County first baseman Ulysses Cantu (4) belted a 2-run walk-off home run off of recently promoted Loons reliever Justin Hoyt (a twenty-second round pick of the Dodgers out of Jackson State in the 2017 MLB draft) for the walk-off win.
Hoyt (0-1, BS1) was tagged with his first blown save, along with his first loss of the season after giving up 2-runs on 2-hits and 1-walk, with 2-strikeouts through 2/3 of an inning.
Great Lakes starter Edwin Uceta and reliever Austin Hamilton had managed to keep the Lake County bats quiet, holding onto a 3-0 Loons lead throughout the first 7-innings, but the Captains would give Loons reliever Dan Jagiello some trouble after replacing Hamilton to start the eighth when Cantu reached on a lead-off walk, then scored on an RBI-triple by Lake County CF Todd Isaacs, before Isaacs was driven in on an RBI-double off the bat of shortstop Tyler Friis to cut the Great Lakes lead to 3-2 in the bottom of the eighth inning.
Uceta (4.58 ERA) allowed just 2-hits and 3-walks, striking out 6-batters through 5-innings tonight, while Hamilton (2.79 ERA) was perfect, putting up zeroes across the board to retire all six batters he faced, with 2-strikeouts through 2-innings of work, followed by Jagiello (3.09 ERA) who finished with an identical line to Hoyt after giving up 2-runs on 2-hits and 1-walk, with 2-strikeouts through 2/3 of an inning.
The Loons had jumped out to an early lead when Great Lakes second baseman (former CMU star)  Zach McKinstry (2) drove in Loons CF Brayan Morales (who had led off the game with a walk) with a 2-run home run, McKinstry's second of the season, for a 2-0 Great Lakes lead in the top of the first inning.
Great Lakes would add to its lead in the fifth when LF Romer Cuadrado drove in Loons shortstop Moises Perez with an RBI-single to extend the lead to 3-0 in the bottom of the fifth inning.
The Loons will look to get back on track with a 6:30 pm meeting for game-2 against the Captains at Classic Park tomorrow night.