the Loons lost in the bottom of the ninth after four walked batters walked in the winning run (4-3) to the Whitecaps... 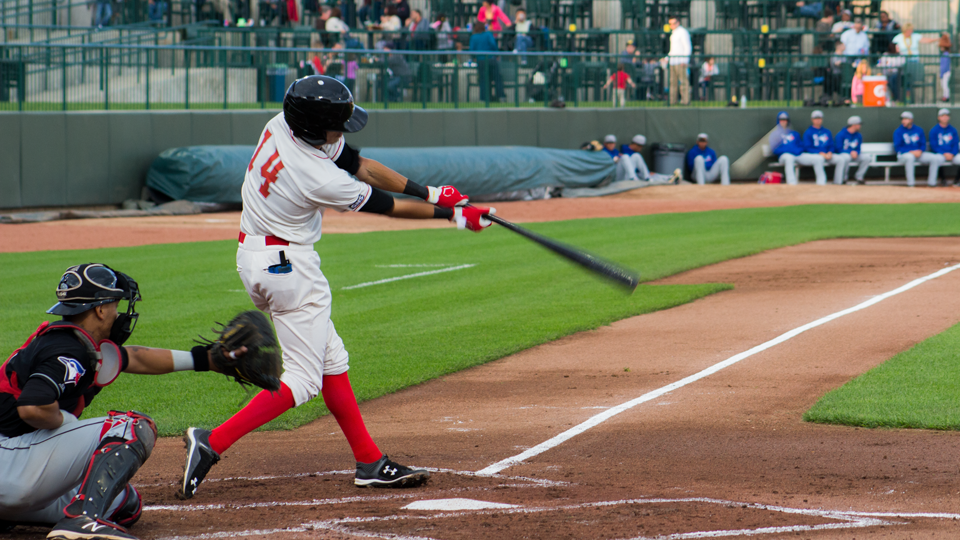 Comstock Park, MI:
Trailing 3-1 after six innings, the Great Lakes Loons (2-6) scored a run in the top of the seventh and another run in the top of the ninth to tie the game at 3-runs apiece, before four walked batters in the bottom of the ninth led to a 4-3 loss to the West Michigan Whitecaps (Detroit Tigers) at Fifth Third Ballpark in Comstock Park, MI Thursday afternoon.
Loons closer Dan Jagiello had replaced reliever Wills Montomerie in the eighth, before going on to walk four batters in the bottom of the ninth, breaking a 3-3 tie to give West Michigan the 4-3 'walk-off' victory.
Loons starter Riley Ottesen gave up a single, then walked three batters (allowing one run to score) in the first as West Michigan jumped out to a 1-0 lead in the bottom of the first inning.
Ottesen (7.36 ERA) would settle in and go on to allow just the 1-run on 2-hits and 5-walks, while striking out 3-batters through 3-innings.
The Loons answered in the fifth when third baseman Brandon Montgomery ripped a 1-out triple, then scored on an infield ground-out by first baseman Jared Walker to tie the game at 1-run apiece in the top half of the fifth inning.
West Michigan regained the lead when CF Luke Burch reached on an error then scored on an RBI-single off the bat of third baseman Colby Bortles to take a 2-1 lead in the bottom half of the fifth inning.
Whitecaps' SS Zac Shepherd roped a lead-off single off Montgomerie in the bottom of the sixth inning and was driven in on an RBI-single off the bat of second baseman Cole Peterson for a 3-1 West Michigan lead after six innings.
Montgomrie would go on to give up 2-runs on 4-hits and 3-walks, with 3-strikeouts through 4-innings of relief work.
Loons SS Moises Perez doubled to lead off the seventh, then scored on a sac fly RBI off the bat of CF Brayan Morales to make it a 3-2 game in the top of the seventh inning.
Perez and Morales each hit back to back 1-out singles in the ninth, before Montgomery followed with an RBI-single to drive in Perez and tie the game at 3-runs apiece in the top of the ninth inning.
Jagiello (0-1, 4.50 ERA) was charged with his first loss of the season after giving up 1-run on 4-walks, with 2-strikeouts through 1-1/3 innings.
The Loons are back home to host the Dayton Dragons (Cincinnati Reds) at 6:05 pm Friday night at Dow Diamond.