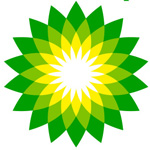 Since our November 2nd edition when we reported on the Gulf Oil Spill Media blackout, which has blocked ‘Ground Zero coverage in Florida thanks to an Executive Order leveraged by President Obama that opens reporters to a $40,000 fine and a maximum sentence of 15 years for ‘unauthorized’ coverage, The Review has received a pair of follow-up dispatches and comments.

Investigative journalist Ryan Bartek reported back to us that “Some people have looked at me like a loon because what I reported sounds so fantastic and over the top, especially since I went to the extent of claiming the possibility of a million plus deaths; but that’s what it seems in all reality; and of course everything in my report can be confirmed.”

“A few weeks ago some kid in Mobile, Alabama went swimming and was dead within 18 hours. His autopsy showed so much oil in his system that it killed him – melted esophagus, 4% lung function, 3x enlarged heart – that seems to be the M.O. turning up in coroner offices at a rapid pace.”

“With all the attention starting to peer through, the FDA finally started testing Corexit (the compound being used to allegedly disperse the oil) on the seafood and get this – they say 500 PPM (parts per million) is acceptable, which is sickening.”

“I’ve done all I can to try and warn people not to eat this food and to get out of the Gulf at all costs, but no one gets it, so I feel helpless, have relocated to Portland, and sit here waiting for whatever might occur next.”

Another letter we received from a woman on FACEBOOK also piqued our interest:

“I remember Andersen Cooper’s passionate plea about the media blackout on CNN and then never seeing him again.  I’ve been in Europe for a spell and the environment, including the Gulf Spill, is widely talked about here. Because my husband has an ‘in’, we also know that there were plenty of other things put into the Corexit – which is propagating new bacteria to eat toxins – however these bacteria are artificially made. Who knows that they will morph into or do to humans? The same company that put this crap into the Corexit just opened a vaccination branch to their labs. These labs are funded by Exxon, Shell, and the scientist who put the crap in the Corexit was given a medal of honor by Obama. It is creepy, creepy stuff for sure. Keep fighting the ‘good fight’”

Of course, because of the media blackout, corroborating evidence on these reports is difficult to come by. However, to anyone doubting the validity of what Ryan wrote in his original dispatch for The Review, here are some links that can be followed online demonstrating that what is unfurling is but the tip of an iceberg.

For those that missed our original report on the Gulf Oil Spill, you can find it on our online edition at www.review-mag.com. In Issue #714 (Lost in Paradise: The Gulf Oil Media Blackout).