The Loons had been trailing 3-1 in the sixth when Walker blasted his fourth HR of the year... 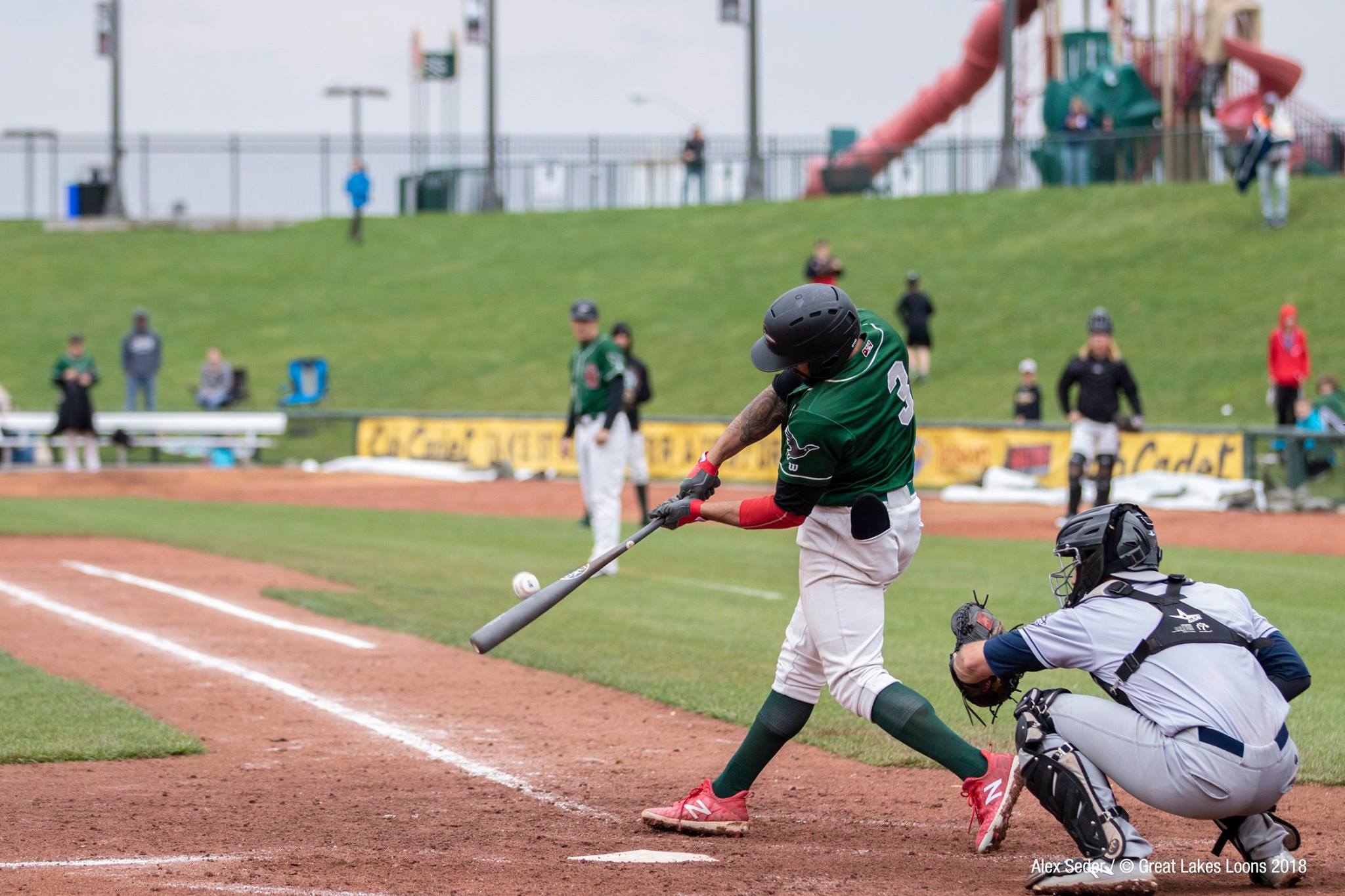 The Great Lakes Loons (9-18) wrapped up a 3-game home series (2 games to 1) when a 3-run home run by first baseman Jared Walker erased a 2-run deficit in the sixth inning for a 4-3 Loons victory over the Kane County (IL.) Cougars at Dow Diamond this afternoon.
Walker had given the Loons an early lead when he was hit by a pitch and stole second base, then advanced to third on a Macus Chiu pop-out, before scoring on a Kane County throwing error for a 1-0 Loons lead in the bottom of the second inning.
Loons starter Max Gamboa had been off to a strong start until giving up 2-singles and 1-walk to load the bases to start the fifth, where he was replaced by reliever Logan Salow, who forced Kane County first baseman Yoel Yanqui to ground-out, however, 1-run would score on the play, before Salow then gave up a 2-run single to third baseman Eudy Ramos for a 3-1 Cougars lead in the top of the fifth inning.
Gamboa (7.02 ERA) would be on the hook for those 3-runs he had given up on 4-hits and 4-walks through his 4-innings of work.
Loons RF Romer Cuadrado started a sixth inning rally with a lead-off triple, followed by a 1-out walk to LF Starling Heredia, which chased Kane County starter Mark Lemieux for reliever Carlos Bustamante, whose first pitch was smashed by Walker (4) for a 3-run home run over the right field wall at Dow Diamond, his fourth homer of the season, to give the Loons a 4-3 lead in the bottom of the sixth inning.
Salow (3-0, 3.27 ERA) would go on to earn his third win of the season for the Loons after allowing just the one single, with 3-strikeouts through 2-scoreless innings, while Bustamante (1-1, BS,2) was charged with his second blown save, and his first loss of the season for Kane County after giving up 1-run on 2-hits and 1-walk, with 3-strikeouts through 1 2/3 innings.
Great Lakes reliever Marshall Kasowski (H1, 1.84 ERA) continues to mow down MWL batters, earning his first hold of the season, while allowing just 1-hit, with an impressive 5-strikeouts through 2-scoreless innings, before closer Aneurys Zabala (S1) picked up his first save of the year, closing out the ninth inning.
The Loons will now head out for a 3-game series (Mon-Wed) against the Beloit (WI.) Snappers (Oakland Athletics) starting with a 7:30 pm game at Harry C. Pohlman Field in Beloit, WI tomorrow night.