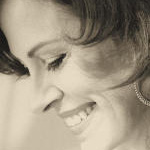 Janiva Magness has the #1 blues CD of 2006. Using her newfound status in the music industry along with an incredibly powerful voice, Magness is now able to speak out for what she believes in.

Originally from Detroit, the vocalist will be making her first appearance in Bay City at the State Theatre for the Saginaw Bay Area Blues Society's annual Cabin Fever Blues Fest’ 2007.

Magness will perform as part of a combination bill along with guitarist/vocalist blues legend Debbie Davies, and opening act The Blues Creators from Saginaw.

"I was born there," said Magness of her Detroit, Michigan roots. "My father was a patrol man, a police officer, 1st Precinct downtown and I lived there when I was little for about a year. Then I moved back when I was 13 years old and lived with my grandmother."

Her musical roots were sewn throughout the mid-west during her youngest years. "I got a lot of my roots from around there and Minneapolis/St. Paul, the Twin Cities area," she reflects.

Now a resident of Los Angeles, CA, Magness has weathered the storm and is not looking back.

"The first time I was in California, I was 13 years old, but I wanted to come out here and I had been living in Phoenix at the time. It just seems like the natural place for me to evolve to. And you know I just don't handle the snow anymore. I just can't handle the sub-zero temperatures. I was raised in it. The winters are pretty tough."

While Magness plans to feature her own band in June at the Alpena Blues Fest, this time she will be performing along with Davies band, bringing out a kinship of music that the two have shared for many years, including specialty shows like this.
"Debbie and I have known each other a very, very long time. We're good friends, we've toured extensively together in the past. This show coming up at the State Theatre is a very rare thing. Let's face it, Debbie's got a pretty full and busy career and I have a pretty full schedule and busy career myself, so we don't really have the time or opportunity to do this kind of thing. We'd love to do it more, but it's a pretty rare situation."

"I'm touring like crazy," she added. "I've got a very busy year and my manager's negotiating a new record deal right now, which is all I can say about that."

With her last two albums on the Northern Blues label and with the current success, she's looking forward to hitting the studio again this year.

"The last two records have done really, really well for Northern, so we'll see how it goes. I'm always looking to grow in a forward direction. Nobody wants to make the same record twice. Nobody does. So I look forward to having a new record come out probably in the fall of this year, but we have to get buttoned down what the label will be and go from there."

Her band has been a mainstay for her over the years and although they won't make this trip, she is proud to bring them in June to Alpena.

With all the current accolades, Magness is specifically proud to present another side of herself to the public. Much like Bono has become a heavy-hitting political spokesperson in rock, Magness has issues to take public with her blues and roots.

"I am the new National Spokesperson for National Foster Care Month for Casey Family Programs," she stated. "Foster care is a big part of my history; I went through a bunch of foster homes. The National Foster Care Month is actually in May, but there is a campaign all year long all the time to help raise the profile and raise positive publicity to bring a focus to people so that they will consider being foster parents, or mentoring children, or helping children at risk in this country."

"You're never hearing the positive stories about foster kids. You're never hearing stories like mine which is that I went through twelve foster homes in two years when I was a kid and the last foster home, the last place I landed, that woman saved my life. I mean I got all the nightmare stories too, right. She saved my life, because I wasn't going to make it. She stopped that ball. It's a big deal to me."

"I think that my career doing well and the blues music awards, and the continued nominations all of that helps. I'm grateful to be finding myself in a position where there's more and more people looking at me, and if I can use that to help some kids, you're goddamn right. Because those kids are me. That's me. I was the long shot kid."

When Magness arrives in Bay City, expect the unexpected. As well as being a vocalist for the modern ages bringing the past, the present, and the future in her blues-framed art, Magness is a show- stopper.