An expose in the search for truth regarding the Michigan Medical Marihuana Act, and the convoluted efforts to upend patients' rights 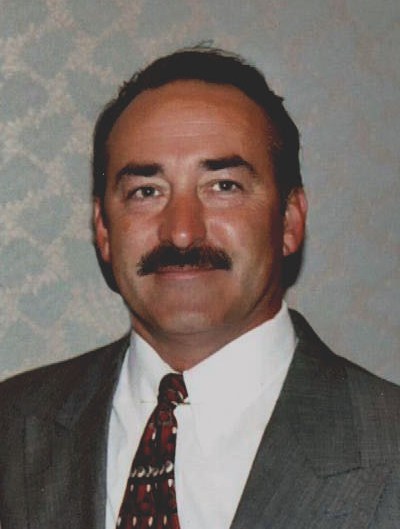 In an attempt to disclose the mockery of justice toward medical marijuana patients that is being presented as a legislative effort to “clean up” the Michigan Medical Marijuana Act, I’ll now delve into a series of articles on the proposals as well as an earlier companion bill from the Senate.  I'll also reveal a bit about the “players” behind these measures.

The first thing that gives me pause is the statement preceding each of these proposed law revisions:

“THE PEOPLE OF THE STATE OF MICHIGAN ENACT.”

Although this statement is required by the Michigan Constitution, ironically, “THE PEOPLE” already did exactly that when they passed the MMMA. “THE PEOPLE” didn’t ask for help with this law at the present, nor did they even suggest that it needed any help from the Legislature with regard to it at this point.  That had already been done on two prior occasions, with the Legislature failing to take sufficient action at that time.  Rather, the negativity in framing the issue is the fabrication of certain persons of interest, echoed by their mouthpieces in the media and spun so as to give the appearance of a public outcry.

Part 1
The past revisited

In a bit of recent history regarding medical marijuana in Michigan, House Bill 5470 of 2005 was introduced by then Representative LaMar Lemmons III, seeking to amend the Public Health Code to allow for the use of medical marijuana.

This bill was referred to the Committee on Health Policy by the Legislature.  It was then transferred to the Governmental Operations Committee where it received a hearing, featuring a great deal of testimony by those in favor of the measure while yet a very dismal showing by those opposed.  Much of the hearing was videotaped by patients’ rights activists, and is quite intriguing.  See multi-part video of the hearing here or here.

Some activists will surely point to the fact that medical marijuana once was legal in Michigan, 40+ years ago.  I understand that, as well as what transpired from that point on.  Although recognizing the significance of that detail, I still plan to keep things focused on more current events.

HB-5470 died in Committee but was re-introduced by Rep. Lemmons in a subsequent legislative session, then as House Bill 4038 of 2007.    The measure was again referred to Committee, this time the Committee on Judiciary, where no further action was taken.  There was never any intention that this bill, or this issue for that matter, would again see the light of day for the remainder of that legislative session.

Failure on the part of our Legislature to act, not once, but twice in succession gave birth to Proposal 1.  “The People” sought out and received the help of those with the expertise and resources to get the job done; and so it was.

In short, our Legislature as a whole proved to us that they weren’t the least bit interested in making this a reality.  They had seriously miscalculated the level of support among the general public, as well as the determination of those people who not only knew how popular the issue was but could rapidly put together a workforce of dedicated citizens seldom seen in our recent history to make things happen.

Suddenly, and much after the fact, we’re seeing all this immediate and dire interest in the medical marijuana issue by our political leaders where there existed very little before, nor was there any previous concern in providing relief to those in need.

For the politicos now at the helm, it’s far too late, and any actions on their part to mitigate the provisions of this law can only be seen as an assault on the very citizens who accomplished what they in the legislative arena had previously failed to do in neglecting their duties as representatives of the citizens.

Disappointed and left with limited options, Michigan activists, recognizing that to take the matter a step further by way of ballot initiative would require vast amounts of funding, organizational skills, and legal prowess, they turned to Marijuana Policy Project, where they discovered the financing and political clout that was lacking, as well as the necessary experience in this type of undertaking.

These local activists had a proven will and desire to succeed but as we know, “will” and “desire,” along with a couple of bucks, will only get you a beer or cup of your favorite “Joe.”

Initially skeptical - after all, Michigan being the first in the Midwest to attempt such an endeavor, and was certainly uncharted territory - that uncertainty soon subsided after MPP staffers witnessed the spirit, enthusiasm and dedication of the local folks, and the very positive results of sample polling data indicating overwhelming support among our voters.

Though the effort in Michigan has always been described by the opposition as “outsiders pushing their agenda on the people of our state,” or labeled as “a crazy, left wing idea,” this truly was the quintessential “Pure Michigan” project.

With the current moves to undermine the progress that has been made, I'll start by giving a brief overview regarding the socio-political make-up of those involved.

Sponsors serving a first term in current state office, both House and Senate: 65%

Senators with previous experience in House of Representatives: 43%

Members both co-sponsoring, and serving on Committees to evaluate the proposals (overall): 25%

Sponsors who are Attorneys: (overall): 15%

Sponsors who claim membership in Chambers of Commerce (overall): <26%

Sponsors who are current or former teachers (overall): <15%

Sponsors who are farmers, or have known ties to farming industry/Farm Bureau (overall): <15%

Sponsors who are current or former spiritual leaders (House and Senate): 2

Sponsors who are Morticians: 1

Sponsors who are Meteorologists: 1

Next up: Part 2 - Framing the issue