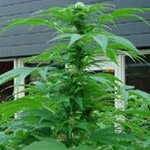 There are several keys to understanding the new Michigan Marijuana Law. Enacted by voters in a landslide election with a 63% margin on November 4th, Michigan now joins twelve other states that have decriminalized marijuana for medical purposes.

Prop 1 is now to be cited as the Michigan Medical Marijuana Act and for the first time in over 75-years, the 'criminal' element that has profiteered on this multi-billion dollar underground industry, along with the Pharmaceutical companies that also reap billions for creating synthetic pills that handle 'pain & suffering' are being opened to competition from providers and patients seeking treatment from the plant that George Washington and Thomas Jefferson harvested on a regular basis.

Modeled after the state of Oregon's approach, the law states, "The medical use of marijuana is allowed under state law to the extent that it is carried out in according with the provisions of this act."

Specifically, what this translates into is that the law takes effect 10 days after the official declaration of the vote, which is scheduled for November 24th, so you can expect the law to take effect on December 4th.

The Department of Community Health has 120 days from the effective date of the new law to establish rules and commence issuing Registry ID Cards on April 2, 2009.

They must also promulgate rules that govern the manner in which it shall consider applications for renewals of ID cards and Caregiver applications, and may establish application fees that generate sufficient revenues to offset expenses of administering and implementing the act.

Additionally, they must submit an annual report to the Legislature that does not disclose specific information about applicants and caregivers, but contains information on the number of applications, the number approved in each county, the nature of the debilitating medical conditions, and the number of cards revoked.

The Act gives the Michigan Dept. of Health the duty to issue Registry ID cards, which will take a maximum of 20 days to get. Registry information is strictly confidential, and cannot be used as probable cause to target you or your Primary Care Giver. If the Department gives out your identifying information inappropriately, it is a crime.

If the Registry ID Card is not issued within 20 days after proper application, the qualifying patient may "self-issue" by executing a notarized statement, available online at the Free Form Bank (see link below). This is called an Affidavit in lieu of a Registry ID card.

According to the new law, Doctors are the unquestioned gatekeepers to access. No court can second-guess their professional judgment. The law provides that the physician (MD or Osteopath) is immunized against legal or professional sanctions.

The key benefit of participation in the Formal Registry is that a registered Qualifying Patient and a designated Primary Caregiver, who have in their possession Registry ID Cards, enjoy presumptions of legitimacy. This creates a prophylactic immunity from arrest.

A designated Primary Caregiver must be at least 21 years of age with no prior felony convictions involving illegal drugs. The Caregiver is allowed to cultivate 12 plants (kept in a locked facility) and possess 2.5 ounces of marijuana, for each of up to 5 patients.

The law specifically bars arrest, prosecution, criminal or civil penalty, disciplinary action, and bars seizure or forfeiture of medical use marijuana. Any incidental amount of seeds, stalks, and unusable roots shall also be allowed under state law and shall not be included in this amount.

A registered Primary Caregiver may receive compensation for costs associated with assisting a registered qualifying patient in the medical use of marijuana. Any such compensation shall not constitute the ale of controlled substances.

A registered "Qualifying Patient" may possess 2.5 oz. of marijuana for medical use, and can cultivate 12 plants (kept in a locked facility) unless a "primary caregiver" has been designated. The law specifically bars arrest, prosecution, criminal or civil penalty, disciplinary action, and bars seizure or forfeiture of medical use marijuana.

"Enclosed, locked facility" means a closet, room, or other enclosed area equipped with locks or other security devices that permit access only by a registered primary caregiver or registered qualifying patient.

Bystanders merely in the presence or vicinity of the medical use of marijuana in accordance with the Act, or assisting a registered qualifying patient with using or administering marijuana, and suppliers of paraphernalia are legally protected under state law too.

Perhaps most significant of Michigan's new law is that it creates a stand alone Medical Purpose Affirmative Defense, which is only employed by one other state allowing Medical Marijuana – the state of Oregon, from which the proposal was modeled.

It protects patients and primary caregivers, even if they do not have Registry ID Cards. Defendants with charges pending on December 4,

2008 may use this defense. This defense is very liberal, easy to prove, and fully explained in "The Essentials of the Affirmative Defense", which is available, along with a model Motion to Dismiss and Affidavit in Support at the Free Form Bank.

All other acts and parts of acts inconsistent with this new law do not apply to the medical use of marijuana as provided by this new act.

This protects drivers, not under the influence, from Michigan's OWI law, which makes it a crime for drivers to have any amount of a controlled substance in their body, even if it has been weeks or months since they used marijuana.

Moreover, Parental Rights are protected. A person cannot be denied custody or visitation of a minor acting in accordance with this act, unless the person's behavior is such that it creates an unreasonable danger to the minor that can be clearly articulated and substantiated.

Disqualifying Factors that preclude protections under the act

include: smoking marijuana in any public place or on any form of public transportation, use by a person who has no serious or debilitating medical conditions, any conduct where being under the influence would constitute negligence or professional malpractice per se, operating, navigating or being in actual physical control of any motor vehicle, aircraft, or boat while under the influence of marijuana, or use in a school bus or on school grounds or in any correctional facility.

Some of the Debilitating Medical Conditions specified in the Statute

Because this law was adopted as a ballot initiative instead of as an act by the State Legislature, it can only be changed by a 3/4 vote of both the State Senate and House of Representatives.

While Federal Laws conflicting with State laws may be enforceable, the costly resources expended by the Federal government to challenge and prosecute individuals in other states that also have medical marijuana laws has averaged around one percent.

For more information. Registry & Provider Form Cards, and to complete a survey on the new Medical Marijuana Law, go to www.qualifyingpatient.com