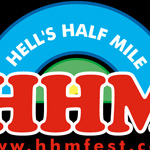 ROCKtoberfest with The RockShow Band on the Princess Wenonah

Caring for the Gardens 2020

The World of Tomorrow is Here Today: Images of the 1939 World's Fair GM Pavilion

Patterns in Origami: The Folded Formations of Mark DeWolf-Ott

Enjoy our Tea and Tour