Have Saginawians Changed Their Minds About Casinos? 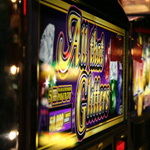 The result of the City of Saginaw’s master plan citizens’ survey at saginawmasterplan.com, in a small way, will reflect upon where citizens have changed their opinions regarding casinos.

Would a casino create jobs and boost the local economy?

Or, would a casino create a “negative element” and prey upon gambling addictions that harm individuals and families?

Many years back, during the 1980s, Saginawians dealt with this issue. The late Tom Miller, owner of the sadly defunct Treasure Island restaurant, pushed the idea of establishing a riverboat casino along his docks near the Holland Avenue Bridge.

Voters turned down an advisory referendum by a wide margin.

There was a great deal of emotion and acrimony. Local ministers, predominantly in the black community, organized strong opposition. Proponents of the idea responded that the ministers were showing a self-interest in protecting their own donations and tithes. They also questioned why the clergy failed to unite behind other initiatives for the good of the community.

After the defeat at the polls, Miller dropped the riverboat idea. A City Hall riverfront development study indicted potential for high-class restaurants along the river, but at the same time, ironically, Treasure Island was closing and Holly’s Landing was being converted to a short-lived Hooters.

Saginawians, meanwhile, have traveled to Mt. Pleasant, Standish and Detroit for their casino experiences.