A big third quarter for Frankenmuth's Mario Whitley was the difference in the game.... 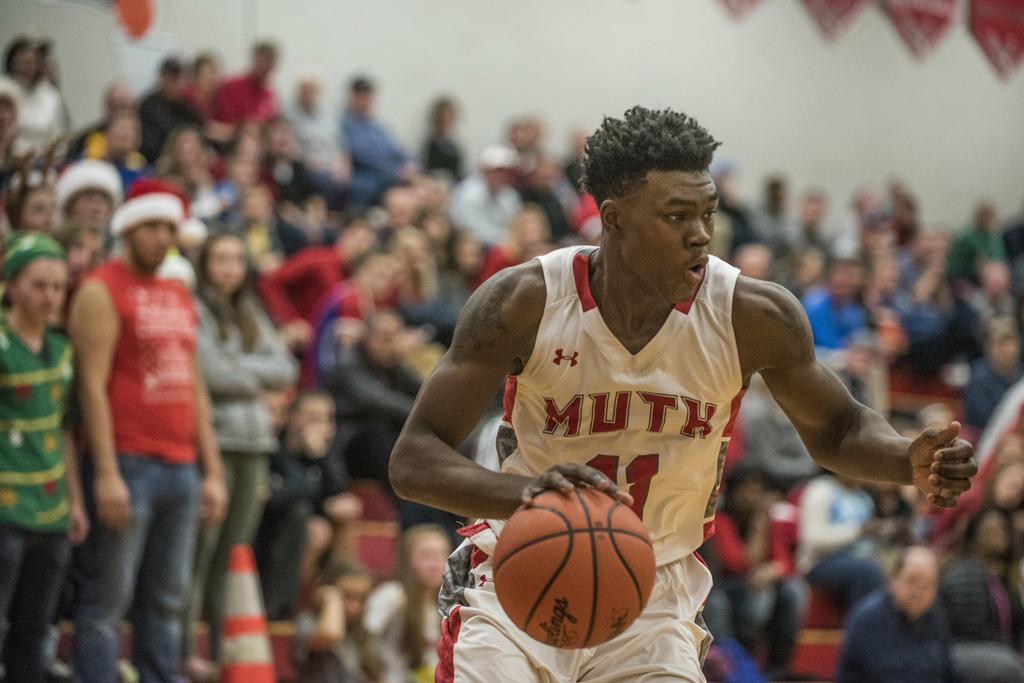 The Frankenmuth boys basketball team (9-1) started a bit slow, but finished strong in a 69-36 victory over Birch Run H.S. (2-6) in a TVC east matchup at the Frankenmuth gym tonight.
Frankenmuth out-scored Birch Run 19-15 in the final quarter to seal the victory.
Birch Run had jumped out to an 11-10 lead after one quarter, led by sophomore Trey Plichta, who hit 3 three's and 2 free throw's to account for all of the Panther points in the quarter, while Frankenmuth senior Sam Gray hit 2 three's for the Eagles.
Frankenmuth battled back in the second quarter behind another 2 three's from Gray, along with 4-points from SVSU commit Mario Whitley, while Plichta hit a three for the Panthers' only points of the quarter, as the Eagles pulled ahead to take a 25-14 lead at the half.
Whitley scored 11-points in the third quarter (7-points from the free throw line, making 7 of 8 in the quarter) along with Muth senior Stanley Trombley, who drained 2 three-pointers, while Birch Run senior Ethan Castro and Plichta each drained a three-point shot respectively, followed by 1-point from Panther senior Ty Davis, as the Eagles pulled out to a 50-21 lead through three quarters.
With a very young, but talented team, featuring Plichta and Chase Gruno, who are just sophomore's, along with a junior-heavy lineup, led by junior point guard Brady Wright, Birch Run has a lot to look forward to in the coming years. The Panthers will try to get back on track with a visit to Clio H.S. for a 5:30 pm tip off at the Clio gym on Tuesday evening, while Frankenmuth prepares for a visit to Caro H.S. next week for a 7:30 pm tip off at the Caro H.S. gym next Friday,
Birch Run warms up in front of the Frankenmuth student section Friday night: