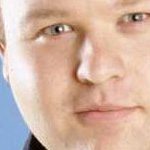 Frank Caliendo is one of those 'new breeds' of comic talents that has managed to absorb his influences well while creating a style that is both distinctive and clever.

Blessed with a quick wit and a talent for impersonations, if you close your eyes during his act you can swear Robin Williams, George W. Bush or NFL Hall of Famer John Madden are also in the room.

Caliendo has quickly become well known for his uncanny impressions and has also served as a regular on MADTV and WB's Hype'.  His high-energy comedy act is brimming with observations, impressions, characters and anecdotes that leave your mind whirling.

Recently I had a conversation with Frank prior to his appearance at the Matrix: Midland Festival on Friday, June 15th at 8:00 PM.  For ticket information go to www.mcfta.org or phone the box office at 989-631-8250.

Review:  So tell me Frank, how did you first get involved with comedy and satire and decide to make the jump to pursuing it professionally?

FC:  I always loved comedy on television, especially sitcoms and standup. I graduated from the University of Milwaukee with a degree in Broadcast Journalism and didn't want to work 'for real', so decided to give standup a try. I took an Improv comedy class during college and the teacher thought I'd be great doing standup, so I tried it, went on stage, and did very well. After I graduated I started going up on stage more and more and within a couple months was working regularly. Then within about eight months, I was traveling around doing the college circuit and I never looked back.

Review: Who were some of the comedic or satirical forces that helped forge and inform your approach to comedy?

Review: You've had marked success professionally, but did it take you long to gain national attention? In that vein, what do you feel is the most challenging component about being an effective and successful comic in today's world of multi-media and instant entertainment?

FC:  I met my current manager in 1999 and after meeting him I was on TV almost instantly. I'd been doing comedy for two-and-a-half years or so and he got me on the CBS Late Late Show, then Comedy Central, and then a sketch series called Hype. After that show was cancelled, I was put on MAD TV. But the real break was getting the spot on Fox NFL Sunday - the football pre-game show with Howie Long and Terry Bradshaw. That put me on the map and started to really gain me a following.
In today's world, you need something that moves you different. You need to have jokes and bits that are memorable that can get the laughs in a 30-second to 2-minute spot.

Review: In the world of 'shock entertainment' where the threshold of taste is constantly tested and the bar of acceptance often lowered, raised, and debated, are there any topics that are taboo in terms of material? Or like with George Carlin and Dave Chappelle, is everything fair game?

FC:  I'm super clean and almost G-rated. I see nothing wrong with going over the line in comedy, but I just choose not to do it. I do think it should be a choice, though. I make decisions on what I do or don't want to watch or listen to. I think people should have those choices. I think the fact that people want to regulate that is ridiculous.  Turn it off if you don't like it. And watch people who do the same kind of thing I do - fun and silly stuff!

Review: Can only black comics like Chappelle poke fun at ethnicity nowadays without facing the wrath of becoming castigated like Michael Richards?

FC: Probably. Richards said something very taboo and I don't think he was right in any way, shape or form. You're absolutely going to offend people, especially if its not done in a funny way, and that skit wasn't done in a funny way at all. I think he made a mistake, but I don't know if he's a racist or a bad person. It's not like we ever got to hear a lot from him afterward. He was destroyed by the media and the replaying of a segment of what happened. That's the problem with media today. Soundbites are so small you never get the 'full story'.

Review: What is the funniest thing that ever happened to you while on stage?

FC: I don't know of anything funny. Terrible stuff has happened. Mics not working and that type of thing. There is nothing worse than starting off a show with a microphone that doesn't work. The audience gets very frustrated.

Review: What do you feel is the best joke that you've ever heard?

FC: I have no idea on that question. Maybe something from Steven Wright's act. I loved him as a kid - the absurdity of his jokes are great. I don't like 'joke' jokes, or 'bar' jokes because they take too long. I like people to get tot he punch line quickly.