the 2 year contract starts in the 2018-19 AHL season, and Crawford also signed an amateur tryout agreement for this season.... 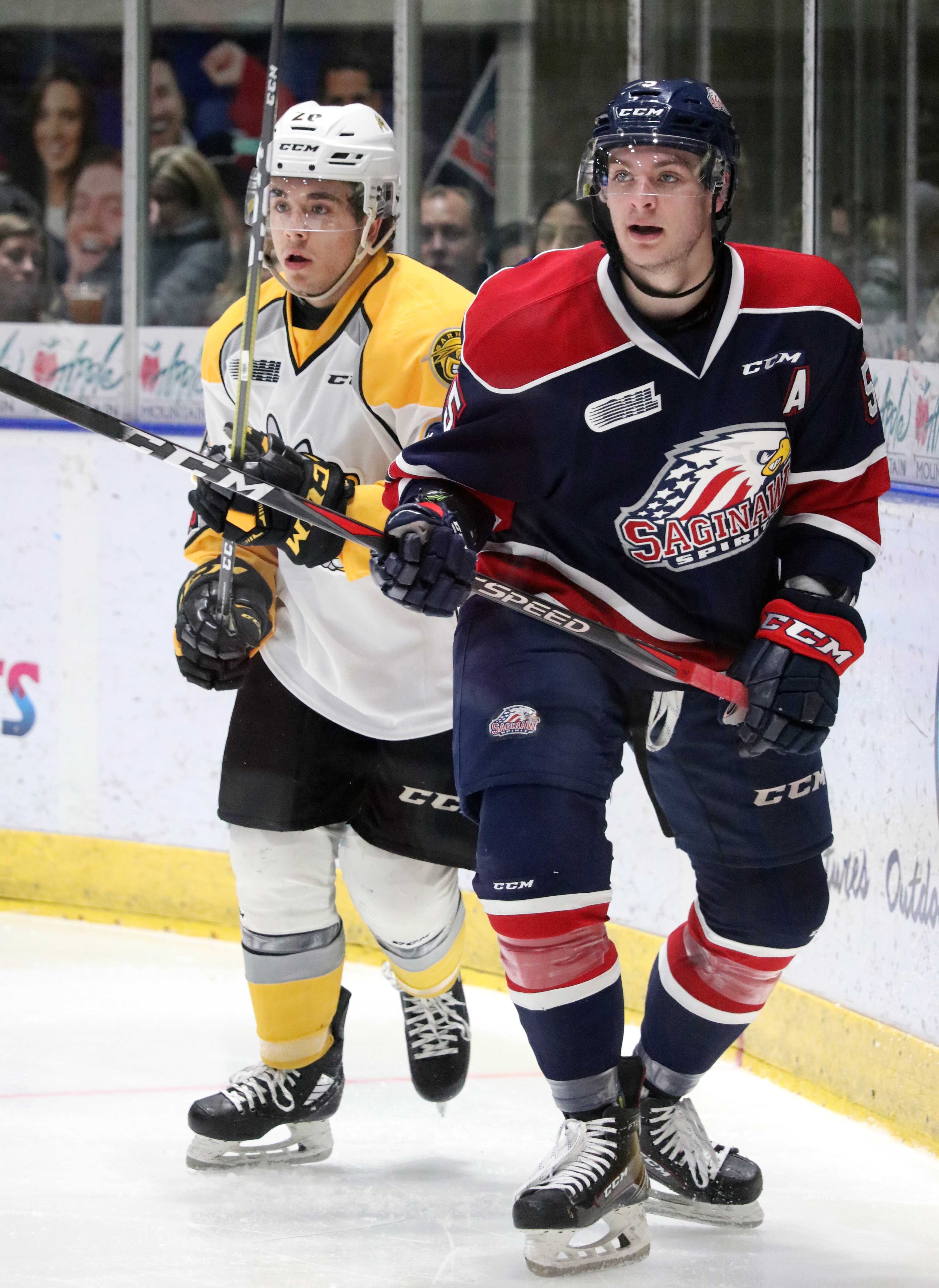 Earlier this afternoon, the Grand Rapids Griffins announced the signing of former Spirit defeneseman Marcus Crawford to a 2-year contract, set to start in the 2018-19 American Hockey League season, as well as an amateur tryout agreement, which will allow Crawford to join the Griffins (the Detroit Red Wings' top minor league affiliate) for the remainder of this season and into the AHL playoffs.
“We are thrilled that Marcus Crawford will be joining the Detroit Red Wings' organization now that he has graduated on from the OHL,” Spirit GM Dave Drinkill said in a press release. “Marcus played four years in Saginaw and made an impact on both the team and the community during his years with the Spirit. We wish Marcus and his family the best of luck in his future.”
The Ajax, ON native had previously been invited to 3-straight NHL camps: the Ottawa Senators in 2015, New Jersey Devils in 2016, before joining Brady Gilmour at the Detroit Red Wings' camp this past summer, prior to entering his fourth and most productive OHL season, where he led the 2017-18 Spirit in scoring with 53-points (13-goals, 40-assists) in 68-games.
Crawford spent his entire OHL career in Saginaw after the Spirit drafted him in the third round, 44 overall, in the 2013 OHL priority selection draft. He would prove to be one of the most productive defensemen in Saginaw Spirit history with 149-career points (23-goals, 126-assists) in 252-games. His 126-assists in 252-games ranks him second all time among Spirit defensemen, while his 252-games played ranks him sixth all time.
He became the first Spirit defenseman to record 5-points in a game on two separate occasions during the 2016-17 season. He picked up his 100th career point on Oct 7, 2017 against the Barrie Colts, and his 100th career assist on Nov 22, 2017 against the Flint Firebirds.
Crawford will join former Spirit defenseman Filip Hronek (a second round pick of the Detroit Red Wings, 53 overall, in the 2016 NHL draft) on the defending Calder Cup Champion Grand Rapids Griffins' roster.