Sean Nowosatka had 1 goal and 2 assist for FNV tonight.... 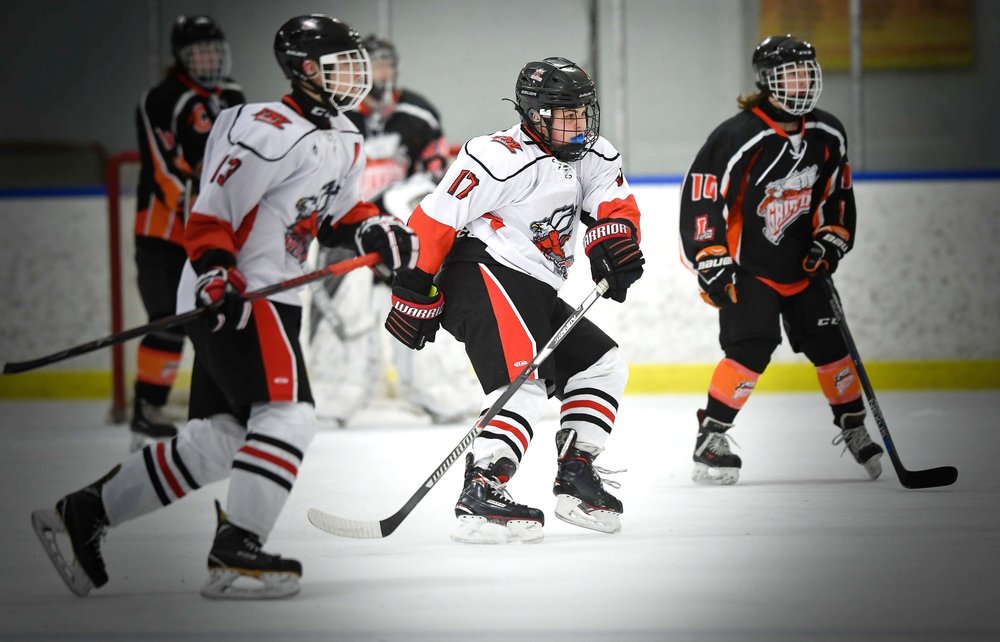 The FNV Griffins (18-3 overall, 9-0 conference) H.S. hockey team remains undefeated in the Mid Michigan Hockey Conference following a 5-1 victory over the Fenton/Linden Griffins (8-12 overall, 3-6 conference) at Saginaw Bay Ice Arena in Saginaw, MI tonight.
FNV jumped out to an early lead when sophomore Evan Dubuque scored with assists coming from sophomore's John Paul LeFevre and Aidan West for a 1-0 lead at 7:41 of the first period.
The (FNV) Griffins added to its lead when senior Sean Nowosatka scored on a rebound off the stick of fellow senior Kenny Kujawa to build a 2-0 lead at 13:56 of the opening period.
Freshman scoring sensation Brendan Maly opened up a 3-0 FNV lead with assists coming from Dubuque and Nowosatka at 9:19 of the second period.
Just 33-seconds later, FNV senior defenseman Tanner Hare followed up with a laser wrist-shot from the point, picking the top left corner to make it a 4-0 game, with an assist from freshman defenseman Spencer Dietrich at 9:52 of the second period.
Fenton/Linden would not go away, however, and would get on the board with a goal from junior Dylan Conte with an assist from sophomore defenseman Lincoln Wright to cut into the FNV lead (4-1) at 4:42 of the third period.
FNV rounded out the scoring when Kujawa lit the lamp with an assist from Nowosatka to make it a 5-1 game at 5:38 of the final period.
Senior goal tender Brendan Schrems earned the victory for FNV following a stellar night between the pipes, where he allowed just the one goal for the Griffins.
Fenton/Linden will take on the Lakeville Alliance this Wed. night at 7:30 pm at the Polar Palace in Burton, MI., while FNV prepares for a visit to take on the Bay Area Thunder Monday at 7 pm at the Bay County Ice Arena, prior to hosting senior night next Saturday Feb. 17, against the (East Lansing area) East Side Stars at 7 pm at the Saginaw Bay Ice Arena.
FNV shaking hands following a win over the Tri Valley Titans earlier in the year: