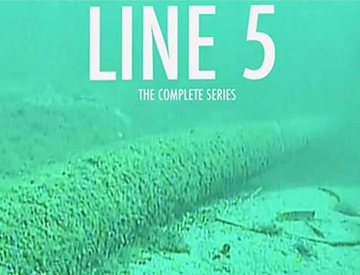 Editor’s Note:  The following is a letter to the editor sent by Dr. Edward Timm, recently retired prominent engineer from Dow Chemical Company that was forwarded to ‘The Review’ by former Saginaw County Circuit Court Judge William Crane, presently the Secretary of the Straits of Mackinac Alliance.

The reality of Enbridge’s pipeline integrity practices is quite at odds with the image presented at the NCMC meeting. Enbridge has had five catastrophic pipeline ruptures resulting in numerous injuries, loss of life and massive property damage in the last ten months; beginning with the British Columbia Pipeline Explosion in October, 2018, which resulted in reduced gs supplies to the entire Pacific Northwest and continuing last week with the rupture of a 30-inch pipeline in Kentucky, which resulted in 10 injuries and one fatality. Enbridge has recently failed to operate its old lines without frequent catastrophic failure.

Statistically, five ruptures in 296 days on Enbridge’s 26,000 mile gas pipeline system calculates to an incident rate of 2.3710-4 incidents per mile per year. This incident rate is more than 10 times Enbridge’s long term, mid-pack average and is a statistically significant indicator that Enbridge’s Integrity Management system has failed.

When asked about this recent unacceptable rupture rate Enbridge refused to comment on the source of the problem. The gas line that killed in Kentucky is of the same vintage and construction as Line 5, a probable value of a catastrophic rupture every 6.6. years is the result.

Clearly, Enbridge has lost control of its network of corroded and cracked vintage pipes and owes our community a clear explanation of how they plan to fix this awful recent safety record.  Disaster awaits.