Deal With the Devil: THE FRACKING NIGHTMARE Descends Upon Michigan

Immune From the Clean Water Act, With a Process that Spews Unknown Chemicals into the Groundwater, an Immediate Ban is Essential to Preserve Human Health & Michigan's Freshwater 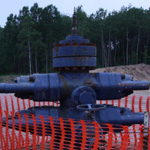