Congressman Camp In Middle Of Economic Stimulus, But Then Shut Out 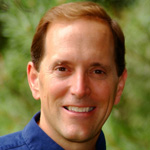 Congressman Dave Camp (below) represents a Fourth District that begins in northwest Saginaw County surrounding Freeland. The Fourth District extends through Camp's hometown of Midland and stretches all the way up into the Traverse City area.

Dave Camp has been in what may seem an unusual position of power during debate in Congress regarding the $789 billion economic stimulus plan, which comes on top of last fall's $700 billion Wall Street bailout. Both of those numbers are stupendous, and they can be multiplied when we consider interest on the national debt, and the various obligations. We're really talking trillions of dollars.

Because of his seniority in Congress and his respect among his peers, Dave Camp is the ranking Republican on the House Ways and Means Committee. This means that among 435 people in the U.S. House of Representatives, Camp was among only 5 who were called into the House-Senate  "Conference Committee" for final details on the economic stimulus plan.

This was an historic moment, similar to the first One Hundred Days after Franklin Roosevelt was elected president during the Great Depression, when Roosevelt started the New Deal.

President Barack Obama now is engaged in his own first One Hundred Days.

However, despite his position in the Conference Committee, Congressman Camp does not feel that he had much of a voice. Camp is a Republican, and the Democrats now have control of the government.

As you read this article, and the interview that follows with Dave Camp, you may have your preconceived notions. You may be a Democrat who supports the $789 billion economic stimulus, saying that Barack Obama is our new president and we should give Barack Obama and the Democrats a chance. You may be a Republican who opposes the $789 billion economic stimulus as a huge waste of money. You may be an independent thinker who simply sees both sides.

Regardless, don't you think open government should consider all viewpoints?        Dave Camp, in what he states was among the most important days of his career, feels he was shut out from simply stating his views.

As Camp walked toward the meeting room for the Conference Committee, he observed Senate Majority Leader Harry Reid hosting a press conference to announce that a deal had been made for the economic stimulus package.

Final text of a so-called agreement was distributed at 1 a.m. on February 13. Democrats in the House and Senate voted for approval later on the same day, rebuffing requests by Camp and other Republicans to allow at least 48 hours to read the text.

The debate in Congress on Friday, February 13, was give-and-take. Some Democrats argued that if Republicans claimed that they did not know the details of $789 billion for economic stimulus, how could Republicans be so specific in their criticisms?        For example, some Republicans (not Dave Camp) claimed that the bill included $30 million to save an "endangered species of mice" in the San Francisco home district of House Speaker Nancy Pelosi. This allegation against Pelosi was shown to be untrue on politifact.com.

There indeed was some Republican pettiness.

To his credit, Congressman Camp did not engage in some of these obtuse Republican claims. Camp simply aimed to argue the larger case, agree or disagree, that a better economic stimulus package would focus on tax cuts to individuals and especially to small businesses.

Review Magazine has published for 30 years under a belief of "a breath of free press," but this should include also a breath of open government. Democrats during these crucial First 100 Days of the Obama Administration may argue that Republicans such as Dave Camp are posting "old Herbert Hoover arguments," similar to those who opposed the First 100 Days under Franklin Roosevelt. Still, all debate should be heard.        In our opinion, Democrats made a big mistake when they shoved the economic stimulus package down our throats without allowing Republicans such as Dave Camp to provide at least 48 hours of input.

At Review Magazine, we also tried for one full week to arrange an interview from the other side with Democratic Representative Dale Kildee of the Fifth District, whom we inherited from Flint in most of Saginaw County after redistricting wiped out Jim Barcia's seat in Congress.

The office of Dale Kildee did not respond, even though Kildee's office no doubt had far fewer media requests than the office of Dave Camp, who was featured on national sources such as C-SPAN as one of the House-Senate conferees. We can only hope that Dale Kildee may respond in a future Review edition.

With that, we appreciate Congressman Dave Camp taking time out of his ultra-busy schedule, and here is our conversation with him:

Review: You have become among the most powerful representatives in Congress. On the House floor, in Ways and Means, and then in Conference Committee, please describe how you feel about the gravity of these decisions. Do you ever become sort of nervous or awestruck?

Camp: It has always been humbling to be a Member of Congress irrespective of my "rank" in the House.  However, it is with great pride that I serve as the Ranking Member of the Ways and Means Committee, one of the oldest and most prestigious committees in Congress.

Review: How many hours per week have you been working since Congress reconvened to start the year? Can you describe a typical day?

Camp: Literally around the clock in the last few weeks.  We have received updates as early as 3 a.m. and met well into the evening.  The days have been packed back to back with meetings and we have had to remain flexible as the legislative outlook shifts.

Review: Do you believe economic stimulus should be entirely tax cuts, or are there examples of spending that you would support?

Camp: Tax cuts are, as experts have confirmed, is the fastest way to get money into the economy and into the hands of working families.  However, I have long supported infrastructure and believe there are many "shovel ready" projects that could provide an immediate stimulus.

Review: President Obama is among Democrats who say emphasis on tax cuts represents "tired old ideas" that were "proven wrong" during the Bush years. How do you respond?

Review: Since the pair of Bush tax cuts are still in place, why don't they seem to be stimulating much?

Camp: The tax cuts in 2001 and 2003 provided for the longest stretch of economic growth in this nation's history; creating 8 million jobs.  Despite the dot.com bust, despite the attacks on 9/11, our economy continued to grow.  It took a meltdown in the financial markets and a global economic downturn to slow this economy down.

Review: Is Obama's approach really any different than Harry Reid, Nancy Pelosi, Rahm Emanuel and other Democrats known as being super-partisan?

Camp: When the President laid out his goals for stimulus – 40 percent tax cuts, targeted spending on "shovel ready" projects – I thought it would fly through Congress with 80 percent support in both Houses, including mine.  I think what went wrong was allowing a select few in Congress to negotiate this bill behind closed doors.

Review: For the lowest of low-income working people, you oppose tax credits that would exceed the amount of their taxes due. However, aren't these credits an example of "negative income tax" advocated by Milton Friedman and Daniel Moynihan, then embraced by Ronald Reagan as Earned Income Credits. So what's wrong with that?

Camp: As you note, the tax code already refunds money to low-income workers above and beyond their tax liability.  I don't believe accelerating that trend is healthy for America 's future.  If we need to improve unemployment provisions or the social safety net, we should do so.  Making the IRS an even larger welfare agency is not good policy.

Review: Okay, here's a shorter question. Some Republicans have advocated to simply canceling everyone's taxes for two months, as an alternative $789 billion economic stimulus. Do you agree? Wouldn't that favor the wealthy?

Camp: I did not support that policy.  I think there are other tax reforms that would better stimulate the economy. (Reporter's Note: After this interview with Dave Camp, some Republicans advocated canceling taxes for everyone earning under $150,000, for four months. Of course, this would have to be phased at the balancing point; otherwise, someone earning $149,000 would be really happy while someone earning $151,000 would be really honked off.)

Review: Amid the economic stimulus debate, some Republicans have asserted that FDR's New Deal was actually a non-stimulating failure, and that only World War II rescued the economy. This debate was somehow like revisiting history. How do you feel about this?

Camp: I would point to FDR's own Secretary of the Treasury, Henry Morgenthau, who testified before the Ways and Means Committee: "We have tried spending money.  We are spending more than we have ever spent before and it does not work . . .. I say, after eight years of this administration, we have just as much unemployment as when we started . . . and an enormous debt to boot."

Review: Are you really just a lockstep conservative Republican ideologue, or do your critics just say that?

Camp I'm just glad they know my name, even if they don't know my full record.