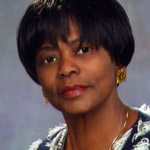 Saginaw's Agnes Johnson found a new life in retirement. Now she is encouraging others to do the same.

Agnes is in her first year as a district advisory liaison for AARP, formerly the American Association of Retired Persons. She previously served three years as a fraud fighter for the nation's largest senior citizens organization.

She retired in 1998 after working more than 22 years as a Saginaw County Probate Court youth care specialist. She says she envisioned a life of "traveling, relaxing and just being lazy."

That didn't last for long. She desired to be constructive and started joining service organizations and volunteering where the need was evident.

"I found out that I need to be doing something," she says.

Agnes joined 1000 Leaders, organized through the Saginaw County Vision 2020 planning effort. Each member was asked to choose a personal niche for community activism. Agnes declared an interest in working with senior citizens.

Before she knew it, her bimonthly AARP Magazine arrived as part of her $12.50 annual membership. She spotted a pitch for volunteers, signed up in 2003, and never has looked back

"The point of 1,000 Leaders is not so much to become a leader alone, but to network with other leaders," Agnes says. "In serving the community, I can strengthen myself as well."

Her inspiration comes from her grandmother, Amy Jones, a grandmother from Simmesport, Louisiana, who was her main caretaker and supporter.

"I've always had such a feeling for older people," she says. "I like being in their company because you learn so much."

She has helped seniors figure out how to keep up with bills, how to get the proper prescriptions and health care, and has brought public attention to fighting fraud.

"We don't hear about fraud too much because the seniors are embarrassed and ashamed when they become victims," Agnes says.

"Seniors are preyed upon more than we realize. They say that people always are trying to con them, or sell them something or other on the telephone. It might be something as simple as being told that if they send in $50, they can make $200, or it can be something much bigger."
"Predatory lenders will offer a loan for a few thousand dollars, and then will try to take possession of the home through foreclosure. They even talk about senior housing complexes and nursing homes who try to go after their possessions."

"Many seniors feel it is impolite to hang up on telemarketers, so they continue to talk. I just tell them to hang up the phone if they are not familiar with the caller. I came across many seniors who refused to tell these stories because they are afraid of retaliation, but with AARP, I found a place where they could speak with comfort of the various cases of fraud."

Agnes often works full-time, but never for a paycheck. For her volunteer efforts, she received a Michigan AARP Shining Star Award during an honors banquet November 10 in Grand Rapids. "You know what? Sometimes you just can't get paid for everything," Agnes says. "It is better to give than to receive, and even in giving, you receive as well." She started with simple plans in mind. She would visit senior citizen high-rises and nursing homes. Sometimes she organized card games, or gave lessons on how to crochet, or provided basic tips on using a personal computer.

"Soon I learned that some senior issues are much deeper, especially the issues that involve their finances. I encountered a great deal of shyness and apprehensiveness, and so I did a lot of listening."

Her new role this year as a district advocacy liaison is more political. She serves as a sort of AARP lobbyist, making contacts with federal and state legislators. Her main goal is to promote Divided We Fail, the group's effort to promote improved medical care and to include all Americans. Agnes now is gathering signatures in support of expanding SCHIP, the States Children's Health Insurance Program. President Bush vetoed the first version, and Congress now is seeking a path toward compromise with a scaled-back bill.

She says support for expanded children's coverage fits with the spirit of AARP. "Seniors are concerned for more than themselves. They also want to look out for their children and their grandchildren," she explains.

In truth, a person need not be an official senior citizen to join AARP. Eligibility begins at age 50, helping people plan for retirement ahead of time.

Agnes uses a standard line when someone inquires about membership, regardless of whether they are age 50 or age 80. She tells them, "I just happen to have an application right here." Then she reaches into her black and gold AARP tote bag, adding, "The time for action is now."

Roots for the group were planted in 1947 when an educator, Ethel Percy Andrus, formed the National Retired Teacher Association. Retirees had difficulty obtaining medical insurance at the time, a barrier that would continue until adoption of Medicare in 1965. The teachers group became so popular that other retirees started to inquire, and so Andrus formed the American Association for Retired Persons in 1958.

AARP has grown to a point of today claiming 39 million members, nearly half of the United States’ age 50 and older population.

An organization so large has naturally run into conflict at times. Critics typically have been Republicans who claim that AARP uses 'scare tactics' to block Social Security reform. However, crossfire came from Democrats during 2003 when the association supported Bush's prescription drug changes.

"I've heard plenty of criticisms from both sides," Agnes says. "Some people might say that the AARP Divided We Fail movement would raise taxes.

Other people have told me that the government messed up the housing and welfare systems, and that now AARP is trying to mess up the health care system.

"My second answer is to point out that in a group this size, not everyone is going to agree on everything."

In fact, the AARP Divided We Fail logo shows the front end of an elephant and the rear end of a donkey combined into one, representing the mascots for Republicans and Democrats, stressing the need for togetherness.

"For anyone who has been unhappy with AARP, I tell them that what's happened has happened and that we're making restitution for it now," she says.

The main challenge she faces during today's times is that when she lobbies elected officials for support, they often lament that budgets are tight.

"I understand that to a point," Agnes says, "but why should we be so far apart on these issues? Doesn't everyone agree that seniors should have quality health care and financial security?"

Saginaw County Parks Open for a Bike or a Hike