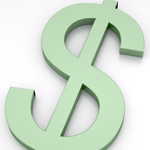 You haven't heard of the Liaison Committee?

If this snafu is not a "liaison" issue, well, there probably never will be a liaison issue.

But the committee still exists.

Liaison attendance is spotty, to start. The members also play at the margins. The governing units they represent have combined budgets of about $400 million, but in the bizarre world, divorced from reality or accountability which they populate, they have long chats regarding how each unit is suppposed to pitch in with $5,000 for committee expenses.

Liaison members oversee an annual youth jobs fair, and they coordinate a summer booklet called "Hot Fun: Summer in the City" that lists various recreation venues. This is mostly staff work for which the liaison panel takes credit.

The most major undertaking of the participants has been to try to coordinate actions to thwart school truancy. After all, the liaison arrangement brings together the schools with the city (cops) and the county (courts) to combine the necessary elements to enforce school attendance.

But this effort has stopped and started at least four times during the past decade, never seeming to remain consistent.

One issue that the Liaison Committee never has discussed is the Federal Halfway House in northeast Saginaw, for which the city offered land within 800 feet of Arthur Eddy Academy.

School officials were unhappy that they had no knowledge, and they are suing City Hall, yet this topic is not discussed when the elected officials from the two bodies share the same table.

Recently it came to light that The City of Saginaw somehow and some way, had wrongly shipped $1.6 million in revenue from tax abatements (Industrial Facilities Tax Exemptions) to the school district during the past three years, and that nobody on either side had caught the mistake.

City Hall is taking its money back, and now the school staff can't account for yet another $1 million. But as stated above, this is not discussed at the Liaison Committee. Elected officials grill administrators, who blame previous administrators who have departed, and nobody is accountable.

The liaison panel really should be a Super Group, especially as funds become tighter with each passing year. But is there any discussion of say, joint purchasing, or joint anything, for cooperative savings? Are the major issues ever discussed?

(Editor's Note: The last group to bring up or address such issues in a meaningful manner was the duly elected Saginaw Charter Commission (not to be confused with the current  puppet panel appointed by ex-Mayor Carol Cottrell.

Nothing on the Agenda Except Parties and Free Food

An example of the Liaison Committee's lack of passion took place on the Thursday before Thanksgiving Day. The location of meetings rotates between the downtown school district headquarters, City Hall, and the courthouse. City Hall was the host for November, and so Councilman Amos O'Neal was the chairman for the session.

(1) Three people who organize youth ballroom dance classes in Flint said they would like to bring their program to Saginaw. They attended at O'Neal's invitation. They didn't ask for money or make any sort of specific proposal. Some liaison members seemed confused as to why O'Neal had invited them.

(2) This reporter, acting as a citizen, followed up on an August visit. My repeated pitch was that they should reconsider the use of $14 million in federal and state funds to build a new northbound downtown exit ramp from Interstate 675, because this money possibly could be reprogrammed for local streets

(3) None of the liaison members had their committee reports prepared for items such as "job fair update," so they skipped right through to "new business."

(4) School board member Bev Yanca announced that the Christmas break will begin when classes are dismissed on December 19.

(5) County Commissioner Bregitte Braddock announced that the Board of Commissioners will host their annual holiday party from 5 p.m. to 7 p.m. on December 15.

(8) County Commissioner Carl Ruth, whose district spans southeast Saginaw, told Barris he had not been aware that Webber Elementary and Webber Middle had merged into the K-8 Academy.

(9) Participants decided they will be too busy over the holidays to meet in December, so they next will gather in January.

After the session, I asked O'Neal why no real issues had been discussed. O'Neal said that regarding my concerns with the Interstate 675 ramp, I should contact Congressman Dale Kildee.

I responded that my suggestion was for local advocacy toward Kildee's office on the part of my local elected representatives.

If local leaders disagree with me regarding Interstate 675, I understand. I'm just trying to get an answer. With a simple phone call, I learned that side streets can be resurfaced for $160,000 per mile, while main streets can be rebuilt for $1.6 million per mile.

Therefore, the $14 million for the I-675 ramp possibly could be reprogrammed to resurface 88 miles of local streets, or to rebuild 8.8 miles of main streets, or a combination of the two. Wouldn't this make more impact than a new I-675 ramp that's merely five blocks closer to downtown?

In August, the main response was that this money was rooted in a federal earmark and could not be reprogrammed. Saginaw was just taking its share of federal pork, like everyone else. But then Sarah Palin arrived on the scene in September, and it turned out that Alaska's

$223 million for the canceled "Bridge to Nowhere" had been reprogrammed for other road projects.

If it can be done in Alaska why not Saginaw?

My two brief and friendly speeches (with attached handouts) to the do-nothing Liaison Committee resulted in, well, no discussion.

This is a situation in which citizenship required extra effort, and so my next step was to try to survey the City Council, by e-mail and by phone.

Paul Virciglio had the courtesy to respond by e-mail. He noted that Saginaw Future, the Chamber of Commerce, the Convention and Visitors Bureau, County Commissioners and the City Council all had pushed Congressman Kildee to pursue the I-675 ramp as part of overall highway restoration work.

"If you have driven I-675 lately, you will notice that it is in poor  condition due in large part to the increase in re-routed I-75 traffic to accommodate the Zilwaukee Bridge project," Virciglio wrote.

"The Henry Marsh bridge in particular needs attention. Since there is a demonstrated need for these improvements and  Saginaw citizens have approved the project, I cannot support diverting  the finances to other projects."

Bill Scharfee wrote: "Michigan ranks somewhere between 43rd and 46th of all states in tax dollars returned. I want BOTH the ramp AND federal help with street reconstruction, and see no reason why we should settle for anything less than that. I do not feel it is fair to ask for "either or." BOTH is the only acceptable response. We'll see how Obama's rhetoric stacks up against his true actions when it comes to helping the urban centers."

However, persistence may eventually cause the City Council, if not the Liaison Committee, to actually discuss the I-675 reprogramming idea. Councilman Larry Coulouris says he definitely would prefer using the cash for local needs, while Greg Branch and Andy Wendt say they at least want to investigate.

"I don't see where this ramp would bring more people downtown,"

says Coulouris, who operated a downtown restaurant and lounge for more than 40 years.

"People can get downtown with the exit we have now, if they want to get downtown. Maybe we could use better lighting, or more signage for the people who somehow can't figure out the directions, but I don't see spending that amount of money. We could use it for our city roads."

The Saginaw City Council, unlike the Liaison Committee, is finding a way to meet during December.

The next session is December 22.