Posted In: Politics, State, Candidates, Interviews,   From Issue 713   By: 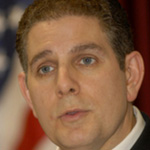 If any race demonstrates the shifting sands of public opinion and mindset away from machine oriented politics and the traditional two-party system it is the 2010 Michigan Gubernatorial Race.

Virg Bernero is 46-years old and has a solid resume of governmental experience, serving as Ingham County Commissioner from 1991-99, the Michigan House of Representatives from 2000-2002, and the Michigan Senate from 2003-2006 before becoming Mayor of Lansing in 2006.

Ann Arbor businessman Rick Snyder is CEO and co-founder of Ardesta LLC, a high-tech venture capital firm. He also build Gateway Computers to tremendous heights and has been criticized for shipping jobs to China.

Labeling himself as ‘one tough nerd’, Snyder states he is different from most politicians because he has an “active, curious mind”. But is he really that different? Many of Snyder’s positions are standard GOP: eliminate the Michigan business tax; hold educators more accountable; balance the budget. But many of his positions do not meet the conservative litmus test: he’s against abortion, but supports stem-cell research, for starters.

Snyder also states on his website that: “Nerds pay attention to what’s going on around them. They develop plans and follow through, no matter what.” Unfortunately, Snyder was not paying enough attention to respond to this Review Candidate Forum.
Although Bernero is endorsed by a wide array of trade unions, he quite accurately criticized Governor Engler when he wanted to cut mental health funding, responding, “We cut the services and we end up paying for them in the prison system.”

We hope you find this Forum informative and helpful.

Review:  What are the personal qualities and your position on key issues such as the economy, our environment, and health care, that you feel cause you to stand out from your opponent?

Bernero: My experience and successful record as the Mayor of Lansing qualifies me to tackle the challenges facing our state. As Mayor, I balanced five straight budgets, on time, and without raising taxes. By making the tough choices to force government to live within its means, we reduced the size of government by nearly 20%, without laying off a single employee.

I am fighting to create jobs and make government work for people on Main Street – not special interests.  I’ll roll back raises for legislators, audit all state departments, and I will lead by example just like I did as Mayor, where I cut my own pay and benefits first. I also secured a half-billion dollars in new investments for Lansing, leading to 6,000 jobs.  I will create jobs by focusing on small businesses, strengthening education and fighting outsourcing while rewarding job creation in Michigan.

Others can talk about reforming government and creating jobs, but I’ve done it – and I’ll get it done for Michigan.

Review: Do you offer any proposals for education reform, either at the K/12 or higher Ed levels?

Bernero: Education IS Economic Development.  Excellent schools attract businesses and families to our communities.  Investing in our kids arms them with the tools to succeed in a global economy and makes Michigan’s workforce more competitive, drawing more businesses here.  Our world class universities are creating new cutting edge products which hold tremendous economic potential.  Great ideas that can transform Michigan’s economy are sitting in our classrooms as we speak.

My education plan would consist of the following:

Review: Would you make any changes in state tax structure or state budget to prevent our annual budget crisis of recent years?

Bernero: I do not favor any tax increases on Michigan families or small businesses.  We have to explore every viable option to make government more efficient and accountable for the use of current tax dollars before we even consider asking Michigan taxpayers for more. We shouldn't ask citizens to pay higher taxes until we show them that we can be responsible stewards of the tax dollars they already give us.

I will reform business taxes by eliminating the job-killing MBT surcharge while retaining key elements of the MBT that reward job creation, innovation, new investment and the reuse of contaminated sites in our cities to reduce urban sprawl.

We must also continue to pressure Congress to enact changes in federal law that allow states to capture sales tax revenues lost to Internet commerce, estimated at more than $300 million annually in Michigan.

Review: Are you in favor of the proposal to convene a new Constitutional Convention in Michigan; if so why?

Bernero: No, I don’t support scrapping our constitution and developing a whole new one. We need to focus our attention exclusively on getting Michigan’s economy back on track and getting our citizens back to work.  And a convention costs taxpayers tens of millions of dollars and we just don’t have the money.

Review:  A State of Michigan mineral rights auction last May opened an unprecedented amount of acreage to the process of hydraulic fracturing for natural gas – a little regulated and immensely controversial technique that has been linked to massive ground water contamination in states ranging from Colorado to Kentucky. More acreage is set for auction in October.

Current legislation exempts regulation of this practice, as well as identifying the chemicals, from regulation under The Halliburton Loophole in the Safe Drinking Water Act. While the State of Michigan only reaped $178 million in revenue on the May action, the Encana Corporation reaped net income of $1.8 billion on revenue of $11.1 billion in 2007.

Are you in favor of placing a moratorium on these land auctions and would you support legislation to either ban hydraulic fracturing or make the companies utilizing the practice pay for 24-hour monitoring by State regulators?

Bernero:  We’ve seen on TV what happened to the Gulf, a devastation we thought would never come to our shores. But, now it has hit us here at home. Our current leadership has done nothing to stop the oil and gas companies from having free range on our land.   Though a different situation, it’s time to put limitations and better safety precautions in place to protect our water and our land. These types of disasters are 100 percent preventable. This disaster shows that we must place stricter limitations on these companies. It’s unconscionable to put the interests of the oil companies ahead of the people of Michigan. As governor, I will protect our precious natural resources from future devastations.

Michigan is uniquely blessed with natural resources and beauty, and we have a responsibility to care for and preserve our environment for future generations of Michiganders.