Posted In: Politics, Local, Candidates, Interviews,   From Issue 705   By: 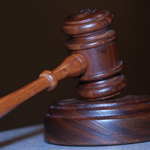