Breaking Down the Value of the Public Safety Tax 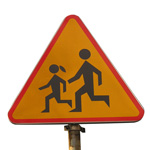 The numbers all are difficult to understand, of course, but we could have gotten a better deal on preserving Saginaw’s police and fire services than the one offered during the recent August primary.

With the passage of a 6-mill renewal and a 1.5-mill increase, combined property taxes for city services are 15 mills when we add in the 5.5-mill general levy and 3 mills for trash pickup.

That’s 15 mills! When the 1979 property tax caps went into effect, the combined rate was 7.5 mills, which is why it was absurd for city officials to talk about how the city was operating on ‘1979 dollars’ when they attempted to unsuccessfully lift the cap.

Yet given this latest approval by voters, in retrospect City Manager Darnell Earley and the City Council offered a far better deal on last year’s ballot. They said that by lifting the caps, which never really have functioned as caps, the citizenry could keep the same services for a combined 11.3 mills, instead of 15 mills.

How would such magic be accomplished?  And if they could have accomplished it, why didn’t they ask for 11.3 mills this time around? Those old 6 mills would have been rolled in together with the general levy and the trash tax. This move would have canceled the public safety assessment’s tax break for businesses, which under the current structure do not pay taxes on their “real property,” which is equipment and furniture and so forth. City Hall would have reaped more money for each 1 mill that we pay.

But this was shot down a year ago by the same voters who overwhelmingly passed the public safety levy on Aug. 3. The scenario is the equivalent of choosing to pay more for the same item, or opting now to use a coupon we have right in our billfolds.

Guess who continues to pay lower taxes under the strategy voters have chosen? General Motors will pay $62,000 less than the full amount at the old Grey Iron Plant, now Powertrain. Owners of the property Kroger abandoned at Court and State streets, a move that drew a righteous lather of protests, will pay more than $2,000 less than the full amount. Landlords with three rental units in the same house will pay the same taxes as people with owner-occupied homes, even though crews are picking up three times more trash at the rental income properties.

As a result of relaying on designated public safety taxes and keeping the caps, as a result of not “trusting” the council to otherwise adequately support public safety, somebody who owns a house that would sell for $100,000 will shell out 3.7 mills more than was necessary, 15 mills instead of 11.3 mills, at an added cost of $184 more than would have been necessary if voters had removed the tax caps a year ago. There also would have been a $140 trash fee, but as you can see, this homeowner would have come out $44 ahead.

Apparently voters don’t “trust” the council enough to remove the tax caps, and are willing to pay a whole lot more under a special levy for public safety. But when we look at the comparative numbers, that’s a rather high price to pay because we don’t “trust” ourselves, or find faith in the crop of candidates running, to select sound council members every two years.

It seems that if we are going to vote in these contrasting manners, we should compare the costs and quit pretending that we are operating under tax caps. When the newly renewed and expanded public safety levy is set to expire in a few years, hopefully the future city leaders of that time will first give us another chance to roll public safety into the general budget under a canceled or revised tax cap.

Wouldn’t you prefer saving a few bucks per year on city taxes while having General Motors and the Kroger property owners pay their fair shares?

An Idea for Cops, Firefighters

I’m also hoping for some positive response from the police officers and firefighters who will keep their jobs. Voters have demonstrated that they appreciate the services provided and, in effect, the individuals who provide them.

I’m thinking of all those police officer and firefighters who have moved to the suburbs and maybe even the outer burbs. Perhaps this is naive, but I’m imagining one of them in conversation with a spouse: “You know, Honey, the people of Saginaw are sacrificing to preserve out livelihoods. Maybe it would only be ethical to respond by moving back to the city and supporting the city.”

Short of that, a suburban public safety employee could calculate what the upgraded 7.5-mill assessment would cost on his or her own home if it so happened to be in the city, and contribute that sum to the city’s public safety account.

After all, it’s only money that they aren’t paying now by moving out to the suburbs. They could even kick in the difference between their 0.75 percent income tax and the 1.5 percent they would pay within the city’s boundaries.

This only seems right. And consider the positive vibes that would be generated when the time arrives in a few years to return to voters for more support.

Editor’s Note:  Either that or perhaps the new Public Safety Director will actually be able to consolidate a county-wide public safety program, which is an idea this publication has advanced for decades.)