Aftermath of an Election: Thoughts on Charter Revision 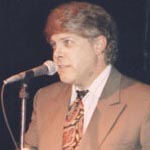 Given the recent defeat of the newly proposed Saginaw City Charter by a stunning one to five margin, and given that I have dedicated over two years of my time as a member of the Saginaw Charter Commission and a member of the Drafting Committee, I want to take this opportunity to share some thoughts about 'what went wrong'.

As a working journalist, it was with serious deliberation that I took on the responsibility of assuming the numerous duties & responsibilities of running for the Charter Revision Commission in the first place.

First, I am well aware that as a working journalist, it is a fragile line to be walked between the objectivity of pure & balanced reporting, and the decisive role that must be employed when crafting public policy.

However, my involvement with investigating and reporting upon local government for 28 years has resulted in a valuable historical perspective on the workings of our city that an education cannot buy unless it is driven by experience. Essentially, my decision to take an active role came down to the fact that as a lifelong citizen and champion of Saginaw, I simply cared about this city too much to not attempt to correct the fundamental flaws and institutional corruptions that I've seen plague it for so long.

One of the key points that I was trying to drive home, which The Saginaw News did use from the My View piece they published, is that nothing we were advancing was written in stone. If something wasn't working, it could always be changed by initiative, advanced by the council within 30 days, or put up to a vote in the next general election.

However, that point was not advanced before the public by the major media, so all that most people heard were the 'negatives'.

To my mind a city charter, or any governing document, should be a 'blueprint' for governance. Nothing more, and nothing less.  Indeed, this is what makes the U.S. Constitution the 'evolving' document that it is, which has withstood the test of time.
Contrary to what popular propaganda and mythology may hold to be true, I went to the mat many times with the majority of Charter Commissioners as to how best advance a new charter for adoption.

The personal nature that the debate degenerated into upset me, and gives me cause for concern, which is why I've always tried taking the high road on this campaign by sticking to the issues, as opposed to the individuals involved. Sadly, when it came time to fashion the campaign, I was outnumbered on this point.

From the outset, my argument has been centered upon addressing the 'broad strokes' when it comes to drawing the architecture of a constitution, as opposed to the details. But again, I was out-numbered on that point.

Most felt that if we have the opportunity to address things in total, then lets address them. I disagree with that approach. I believe if we simply pushed for establishing wards via the plan devised by Larry Coulouris for equitable representation, advanced the notion of electing the Mayor, and retained the current City Manager model, all of the other issues as far as combining public safety or dedicating one mill towards recreation could be resolved by the governing body as it evolved over time.

But again, I was out-numbered on this approach. In the end, voters were simply confused by everything embedded and articulated within the charter - not to mention how difficult it became to draft!

ut given our elected charge of crafting a charter revision, we tried to ascertain and craft ways to make it work, lest we get lost in 3 months of debate.  They say politics is the 'art of compromise' and ultimately, I felt it more important to get at least something before the public, as opposed to nothing at all.

In retrospect, this was perhaps a mistake.

As to what City Council and the current city leadership can and should learn from this experience it is simply that people are obviously not satisfied with the status quo. Not only did we obtain 11,000 votes and a 60 percent majority to establish the Charter Commission in the first place, but also on the other side of the coin, only 2 out of 10 registered voters bothered to engage in the process when it came to ratifying it.

That apathy, to my mind, speaks volumes.

I believe this apathy exists because people feel their voices and efforts don't matter. To most people, government means one thing: taxes. Kind of like that 'monthly service fee' that comes out of their checking account each month. They don't feel there is anything they can do about it.

In retrospect, if I were to do it differently and have a second crack at charter revision, I would begin with the people actually working in the various departments of city government.  You would not believe how many of them have complained to me over the years about the way things are handled; and the waste that does occur.  Few will speak out, for fear of losing their jobs. So for starters, I would poll each city employee anonymously and ask him or her for suggestions on how city government could improve their respective departments.
Secondly, I would look at adopting changes that the Council is readily and easily able to execute, such as eliminating the many boards & commissions that do not even have vacancies filled, yet are still on the books, as it were.

And finally, after reviewing all the responses from city personnel and listening to the ideas of the citizenry at large, I would look at ways that efficiencies could be engendered, either through shared resources between departments, or as was advanced in the public safety study commissioned by the City Manager & Council, utilizing the data collection capabilities of the fire department to augment the police department's 911 response time.

The Saginaw Charter Commission will be meeting again to consider whether or not to place a streamlined plan on the ballot, containing four wards, an elected 'weak' Mayor, retaining the current City Manager system, and including the office of Ombudsman to improve cost efficiencies.

But then again, given the 1 to 5 margin of the defeat, perhaps we're better off not re-submitting anything.

Consequently, I urge you to phone or tell me what you think we should do as a next step
As for other thoughts on what the victors should take away from our defeat, I would advise they not interpret these results as a referendum on the status quo.

One very noted & respected business person in this community commented to me the day after the election, 'Bob, this Charter was way ahead of itself and trust me, over time, the strong points will eventually become adopted.'

The public elected our Commission to effect change in government, and to the extent we collectively failed in that mission, I personally feel that we let the public down ....for all the reasons stated above.

But I was only one out of nine very distinct members.

Carol Cottrell is a friend of mine that I respect deeply for all she has given to the city, inheriting a rat's nest of problems from prior administrations. Mike Hanley is a lifelong friend of mine whom I've vigorously supported in the majority of his political endeavors.  We had a difference of opinion on how best to effect needed change within the workings of local government, but I firmly believe that we all agree accountability is essential for the future success of our city.

In summation, I hope the current administration, council, and the public-at-large take this to heart. We may have different visions and opinions of what's wrong with the city and the best recipe to fix it; but in my book, the important thing is that we CARED about it deeply enough to actually engage our energies, intelligence, and abilities to the levels that we did, regardless of what side of the fence we sat upon, to remedy it.

I think it eminently important to demonstrate at this juncture that regardless of how this election turned out, we still stand together in terms of wishing nothing but the best for our fair (albeit increasingly frightening) city.

The important thing is that we actually got people within (and without) government questioning, analyzing, and examining things.

The yin & yang of extremes often equal the best possible balance...much as life.  Or as W.C. Fields noted upon his deathbed when somebody asked why such a renowned atheist was reading the bible: