An Interview with the Founder, SKE3M 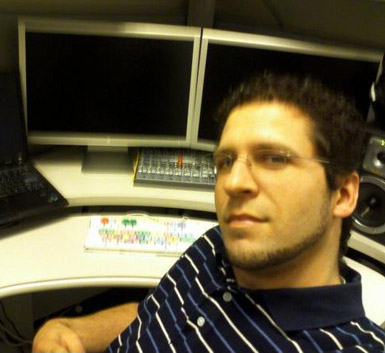 There was a new energy in the local hip hop community this past year. The movement is positive, contagious, and it’s called 989UNITED!  The concept revolves around musicians and entertainers of all backgrounds coming together through music in an effort to rebuild the community and help build up a promising music scene. Tyran “SKE3M” Haulcy is a Saginaw born MC who has been involved in the local scene for over 15 years and widely known in the area for his high-energy stage presence.  Over the past year he has put together and launched a vision that is now becoming a reality.

Starting next issue, we will be introducing a new column “The Shop” from SKE3M’s Blog Talk Radio show which will feature discussions about tracks submitted by local artists.  In the meantime, I caught up with SKE3M to talk about the movement he founded, and this is what he had to say:
Review: What is 989UNITED and what made you come up with the idea?

SKE3M: It’s not a brand, label, or clique, but a mind state and goal. 989UNITED! Is the rebirth of the community through positive actions to move the scene forward. Entertainment is big in the 989 and there is mad talent. If we work as a unit things can be great!  Saginaw is sometimes looked at as a negative place, hence the term Sag-nasty. We want to change that and this movement is the start.  Hopefully the community takes notice and follows suit. Then maybe the whole State will take notice, but right now 989 is the focus.

I moved away, but kept in touch with the scene.  The younger cats were sounding real good, and it was inspiring to me. I decided to reach out through my Blog Talk Radio show and songs.  A lot folks who were doing it back in the day didn’t believe in the idea, and they turned away. A few people like DJ Snakes and Klass Witta K was with it, and we started building.

Review: What do you think was key to making it happen?

SKE3M: Well I tried to lead by example, I made records, videos, and showed support to all those who were doing their thing. DJ Prince promoted shows like “Grind and Shine” that helped me get to know MC’s on a personal level. I made it a point to give everyone my contact numbers and followed through. I contacted and worked with anyone who was willing to build.  I think people saw that I was sincere and they embraced the movement. DJ Snakes’ live hip hop showcase at White’s Bar, The Realness, was one of the most consistent and influential platforms for artists to gain exposure and hone their craft.

My sister Brandi “WYFLOW3R” Walker talked me into starting a talk show on Blog Talk Radio where I featured acts from the 989 and anything else I was feelin  I did spotlights on local acts and interviews. I exposed artists that couldn’t get any love from the local stations. The show helped local acts get exposure and recognition by more people. I think it inspired a lot of artists and people to join the movement and play a part.  The label Identification Confirmed (IDC) helped a lot with the promotion and getting the message out. People believed in the movement and that helped a lot.

Review: Is 989UNITED! just for rappers?

SKE3M: NO, anyone who can bring something to the table including graphic artists, comedians, promoters, producers, DJ’s, singers and anyone else who has the talent or motivation can help the cause.

Review: Now you’re an Artist yourself right? Are you doing this for your own benefits?

SKE3M: Yes and no. I believe in what we have here. I can’t deny that being prominently involved will get me exposure, but at the same time I am helping others get closer to their dreams because ultimately it helps us all. I’m an older artist and the younger artists and vets who are good deserve to be seen and heard.  People know that when was I coming up, no one did anything like this. It would’ve been great for me to have this kind of support so I try to do it for them.  I teach them game and help with things that I needed guidance with in the beginning of my career. I share knowledge with those who want it and at the same time I build a repoire with everyone. The benefit on a personal level is the inspiration I get from seeing everyone work together and get better. That is what I think is special. We can all come up this way and that is why I do it for the people.

Shouts out to DJ Prince for the Grind & Shine showcase, Klass Witta K for sharing my vision, and DJ Snakes for doing this without even knowing, being genuine, and having a vision to give mc’s a place to build, get better, and at the same time hear classic hip hop and be aware of the roots of this art form. Without the people involved, a movement isn’t possible. Brandi Walker believed in me and knew I could do this. I wouldn’t have been able to do this without her seeing things in me that I couldn’t see myself.

I love Hip-Hop culture, music, and the 989. My long term goal is to see them all come together. Hopefully we can eventually inspire unity in every area code and bring the whole state together. MIUNITED! WOULDN”T DAT BE CRAZY!?!